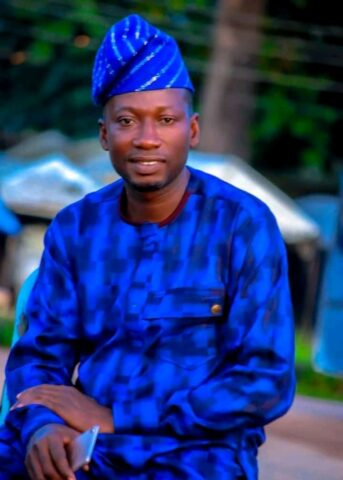 He made this announcement while re-presenting the 2021 appropriation budget before the councillors on Friday.

Shammeh explained that the appointment of a new CPS was necessitated by the honourable resignation of his brother, Lanre Olaleye who previously held the position.

According to Shammeh, his brother had earlier tendered a resignation letter in response to an article titled “A Sour Grape” he wrote and circulated on social media on Thursday to address the fragile polity in Isolo.

Although, the Secretary to the Local Government (SLG), Hon. Emmanuel Olojede, immediately released a disclaimer dissociating the council chairman from the article, Shammeh noted that the resignation of his brother became more important to affirm his (Shammeh) personal resolve for establishing and upholding peace in the council area.

Shammeh said: “As an individual, I’m committed to peace in all ramifications and I’ve been taking the necessary steps to make sure that there is peace in Isolo LCDA because progress can only live in a very conducive atmosphere that is made of peace.

“I will continue to play the role of the leader of Isolo LCDA administration. I’ve taken a step forward to remove anything that is going to be on the path of peace. There was a story trending on social media on Thursday, I did a disclaimer to that story and I directed the SLG to equally do same. And I am mentioning it to this House that I have received the resignation letter from Lanre Olaleye, the erstwhile CPS and equally brought onboard Mr. Muyiwa Asalejo to take over from him.

“This is one of the steps that I want to take to guaranty peace because I recalled that members of this hallowed chamber have at one occasion or the other made complaints about the erstwhile CPS and as a step to the direction of peace, I have asked him to resign and he has done exactly that. So, on my part, it should be clear that I am endorsing and having my signature on peace.”

He, however, appealed to all stakeholders to make sure that the LCDA is saved from negative reports henceforth.

“I seek the opportunity to appeal to all stakeholders to allow us, at least, be popular for good reasons. Enough of the negative publicity about Isolo LCDA. It has not been like this since we started, we have always been brothers and sisters. And with the little time of the administration remains, I hope that we will return to the way we had been adding great value to the people of Isolo LCDA.”

The new CPS is a graduate of Yaba College of Technology (YABATECH) and holds a degree from Nigerian Institute of Journalism according to his Facebook profile.