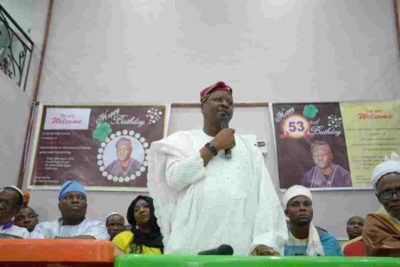 Having noticed the opening for opportunity to cater more for the people of his constituency, the Lagos State Commissioner for Information and Strategy, Kehinde Bamgbetan, has declared his intention to run for the membership of Federal House of Representatives in 2019, representing Oshodi-Isolo Constituency II currently being occupied by a member of Peoples democratic Party (PDP), Hon. Tony Nwulu. 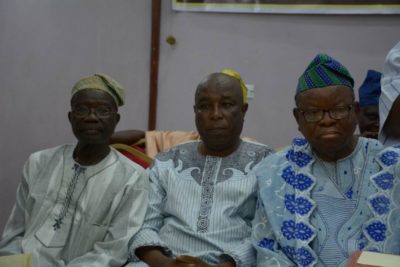 Making the declaration during his 53rd birthday ceremony held at De-Ark Event Center, Ejigbo today, Bamgbetan disclosed that the vacancy that would be created in the House in 2019 with the exit of Nwulu, gave him the opportunity to occupy the position he relinquished in 2015.

The former two-time Chairman of Ejigbo Local Council Development Area, who solicited the support of his constituents, promised that he would never change his accommodating attitude when elected into the position in 2019. 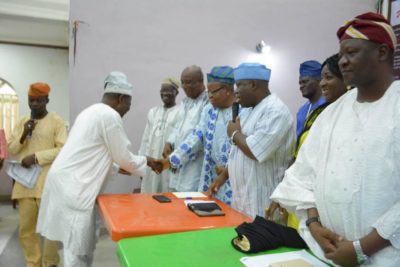 According to him, his intention to vie for the position is to be afforded more opportunity to represent his people, cater for their needs and fight for their rights at the federal level.

The Commissioner, who appreciated the efforts of the members of The Mandate Group/APC for their support and hard-work for the progress of the party in Ejigbo, charged them to put more efforts towards the realization of his Reps membership intention.

“Today, I just want to appreciate all of you because without you, we wouldn’t have gone this far. However, your support and hard-work have to be doubled now for the realization of this position.” 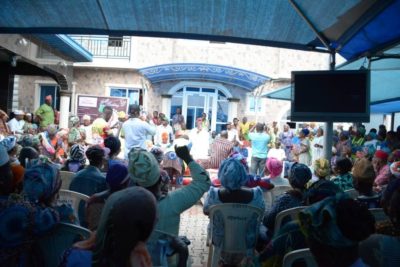 To appreciate the members, the Commissioner with the support of Ejigbo LCDA Chairman, donated 40 bags of rice and 50000 to each of the ten wards in Ejigbo LCDA.

The Chairman, Ejigbo LCDA, Hon. Monsuru Bello, who declared his support for Bamgbetan’s House of Representatives membership race, stated that all groups in APC in Ejigbo would work hand-in-hand to make sure he wins the position comes 2019.

He added that his sojourn to the federal level would be a great blessing to the constituency.

However, Bello, who noticed that the official of Independent National Electoral Commission (INEC) were trying to demand money before registering people, said the situation has been arrested as the council has provided the needs of the INEC official in the local council area.

He therefore appealed to the people to go and get their voters cards to be eligible to vote for their favourite candidates.

Having identified unemployment as a major challenge facing the whole country, the LCDA boss appealed to the people of Ejigbo to be prayerful and patient as the government has been canvassing with the private sector to open door of employment for the youths.

“We noticed that INEC officials wanted to be demanding bribe before registering our people but we have promised to give them what they need, so as from Tuesday, every should go and register.

“To our people, we are working and will continue working towards providing your needs, just pray and be patient. Let’s all support our Commission to win the election as we have all adopted and accepted.”

Also endorsing Bamgbetan’s membership, House of Representatives intention, the Chairman of The Mandate Group (TMG), Ejigbo LCDA, Alhaji Bola Ojo, said it is mandatory for all APC members to work towards the realization of the ambition.

He stated that the campaign titled “Register for INEC PVC; Register with APC Today” launched recently through which the residents of Ejigbo community were sensitized on the importance of getting registered with INEC and obtaining their Permanent Voters Card (PVC), would be an advantage for the realization of Bamgbetan’s ambition as well as Governor Akinwumi Ambode’s re-election as the Group, through the initiative, aimed at bringing more people into the party – APC.

He said that as the campaign for Ambode’s re-election would be going on, the Group would also be campaigning for election of Bamgbetan to the Federal House of Representatives.

Ojo, who also noticed the misdemeanor of INEC officials in Ejigbo, said that the officials have been stopped from demanding money before registering people. He therefore charged the people of the community to register and get their Permanent Voters Cards as the only mandate they have to vote.

Earlier, a special Inter-Religious Prayer Session had been organized in honour of Bamgbetan’s 53rd Birthday, during which the Chief Imam of Ejigbo, Dr. Mikail Akanmu and Rev. Fabusoro led the prayers in Islamic and Christianity rites respectively.

The President, Christians Association of Nigeria (CAN), Isolo chapter, Pastor Ajibola Babafemi, who shared birthday with Bamgbetan, encouraged him to be steadfast in his religion, saying being with God would see him through.