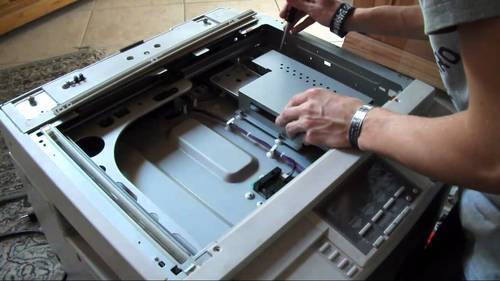 An artisan, Sunday Ibikunle has appealed to the government to create conducive environment for artisanship to thrive being one of the sectors that contributes greatly to the economy of the country.

Speaking with Echonews, Ibikunle, a printer and photocopy machine repairer who operates in Isolo stated that virtually every artisan face challenges one way or the other which hinder their smooth operation on daily basis especially those at the grassroots.

Being a specialist in the repairs of sharp printers and photocopy machines, Ibikunke identified electricity as one of the major challenges affecting his operation.

Meanwhile, he noted that crafts such as his are very key to development as they very important to education, health and other sectors of the economy as printers can be found at offices of such fields.

According to him, part of the advantages also cut across provision of ICT knowledge to students as works done on a computer would necessarily be printed for use.

With regards to the profits and what an artisan should have as ideas to attain a positive target, Ibikunle said that making profit in the business is hard owing to current economic situation in the country.

He however, maintained that such target could be achieved if there is tolerance of challenges of the business.

He also said that there has to be a full knowledge of the artistry by an individual who is set to be involved as little knowledge or being ignorant could lead to a downslide of artisan’s success.