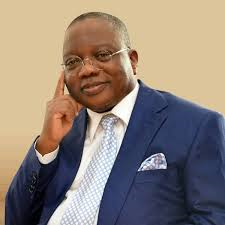 Aspirant of the All Progressives Congress (APC) to the Federal House of Representatives in Oshodi-Isolo Constituency II, Hon. Ganiyu Johnson, has promised better living condition for the people of his constituency if elected to the position in 2019.

Johnson told newsmen that his victory during the election would ensure improvement as he is set to influence the provision of basic infrastructure which would increase economic activities, especially rehabilitation of the road network.

The erstwhile Lagos State Commissioner for Works hinted that the constituency had not got the best of representation in the recent past, adding that the unwelcome situation necessitated the need for a change which he was ready to bring to the people of the area.

Johnson expressed happiness over his victory during the concluded party primary, saying his emerging as the party’s flag bearer signified a change and realization of his positive targets in the community.

“You can feel the pulse of the electorate. A lot of people are clamouring for change, they sense that the impact of governance is not felt all. That is why my programme intends to improve social infrastructure. It will be necessary to note that as a legislator, you don’t have the power to execute projects, but you have the capacity to influence, lobby for different bills that will favour our people in the area of good governance. That is exactly what I am going to do.

“Take for example, the Mushin road that is from Pako to the Polytechnic, you will discover that there is a perennial traffic gridlock there. So, there is need to create a dual carriageway or what the layman would call expansion, to take care of the anticipated traffic, just like what we did in Canoe, Ejigbo area. If we are able to achieve that, we will have the capacity to empower our people,” he said.

The aspirant disclosed that as a legislator, his duty would not include awarding contracts for the rehabilitation of dilapidated road network, and that most of the roads in Ejigbo are state and local government roads.

However, he promised to influence or lobby the governor and local government chairman to ensure their rehabilitation, to empower improved economic activities.

“You will notice that most of the roads in Ejigbo are state and local government roads. The reason why I am passionate about Mushin road is because it is a federal road. There is an NNPC depot there. You will always see a lot of trucks from the depot. It will be easy to make a case that they are the ones causing the nuisance in that neighbourhood. It is different from the internal network of roads in Ejigbo. The only thing I can do as a representative is to lobby or influence the governor, tell him that in my constituency I have some challenges with the roads. I will also do the same with the local government chairman.”

He added: “When I was a commissioner, we were able to do the Canoe road. It is a major link road now between Ejigbo and Ajao Estate. In this same vein, the Jakande, Isheri/Osun roads, the link road has helped Ejigbo/Ikotun road tremendously. It was during Babatunde Fashola’s government when I was special adviser that we opened that place up, people are happy.”