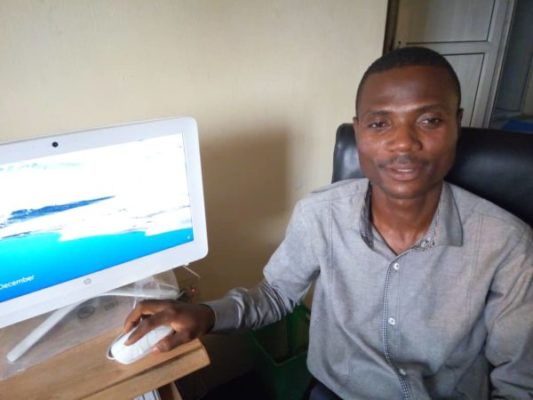 The Managing Director of an Information Technology (IT) firm operating in Isolo, Mayowa Williams, has disclosed that the major challenge facing the business in Isolo, Ejigbo and environ is the lack of trust by their supposed to be customers.

He explained that majority of them prefer to go to Computer Village Ikeja, believing that that is the only place they could get IT experts to do their jobs.

However, he maintained that the business is lucrative, saying any entrepreneur who has what it takes could venture into it even within the local environment and makes good money. He declared that many schools and other establishments now use computers and need the service of IT entrepreneurs.

To set up such business, the boss of Set-Time Technologies, said a would-be entrepreneur must be equipped with necessary technical skill in computer which could be acquired through training, adding that with the current economic situation of the country, such entrepreneur must have at least about N1.5million for a start-up.

Narrating his ordeals in the business, Williams, who started with cybercafé in 2012 due to unavailability of white-collar job after his higher education, declared that epileptic power supply coupled with the advent of mobile phones killed the business in his first trial.

According to him, he could not continue with too much expenses spent on fuel with lower return on investment as many people jettisoned cybercafé when they could now do many things they would have done at the cybercafé or business center on their mobile phones.

“The cybercafé business was not moving any longer, so I needed to switch to another aspect of the business which is internet service rending including NYSC biometric registration, Examinations online registrations, ant other internet related services.

“I started this news business in 2014 with just N350 but now I have extended the business to system engineering; computer training; website development as well as sale of computer and accessories,” he said.