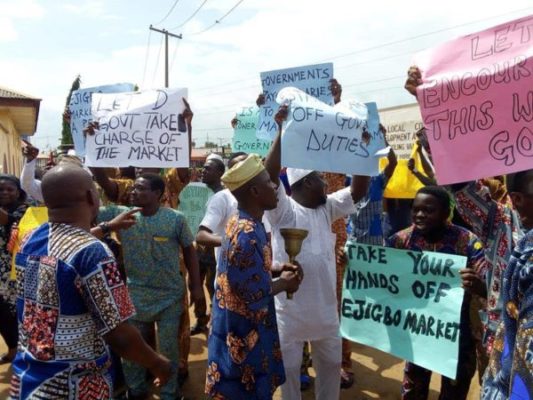 The residents of Ejigbo have, through a protest, demanded withdraw of the Ojan of Ejigbo, Oba Moruf Adisa Ojoola, in the handling of market administration, saying it should be left for the local government.

Ejigbo Indigenes Forum (EIF) has took it upon itself to fight for liberation and freedom from their king, who has since yesterday been resisting the local government staffs from erecting a revenue office within the market premises. 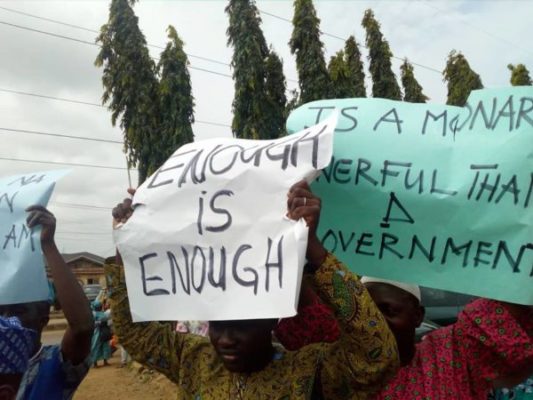 The protesters took to the streets unfurling placards with various inscriptions such as: “Take your hands off Ejigbo Market”, “Is your monarch powerful than the government?”, to mention a few.

The mob requested to know who sold the 42 plots of land initially meant for construction of a wider market in Ejigbo, clamouring for an outright handing over of the market proceedings to the Executive Chairman of the Council, Hon. Monsurudeen Bello. 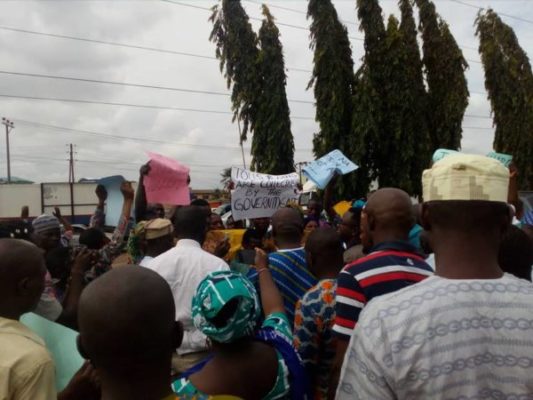 Speaking on behalf of the protesters, a renowned international artiste, Jelili Atiku who is the President of Ejigbo Indigene Forum and also the Chairman, Board of Trustee, Ejigbo Unity Forum stated that the matter should be taken seriously so as ensure that the Ejigbo market is in tranquility.

In support for the council Chairman, the protesters raised placards which stated “We dey enjoy em government, let him work”, “Support his government”, etc. 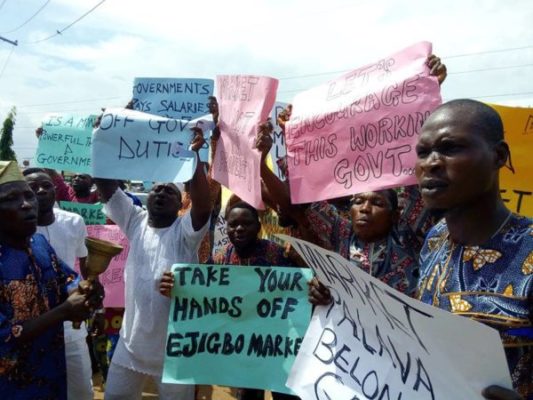 While addressing the protesters, the Vice Chairman of Ejigbo LCDA, Hon. Olatunde Olusunmade, told them that their demands would be met.

He assured them that the chairman would see to their demands and settle the matter accordingly.

He however, advised the protesters not to turn the peaceful demonstrations into a violent one.