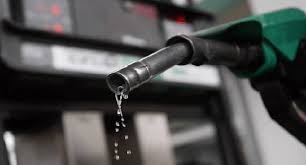 The Independent Petroleum Marketers Association of Nigeria (IPMAN), Ejigbo Satellite Depot, has again shown concern over the lingering poor petroleum supply at Ejigbo Depot, stating that the situation may lead to scarcity as the product is far below consumers’ demand within the locality.

Speaking to the journalists, the Chairman of the Association, Alhaji Ayo Alanamu, disclosed that over the last three weeks, the supply at Ejigbo Satellite Depot by Pipelines Products Marketing Company (PPMC) has been insufficient and could lead to fuel scarcity if not addressed swiftly.

Alanamu stated that the routine maintenance was being carried out on system 2B pipeline network, which was yet to be completed. 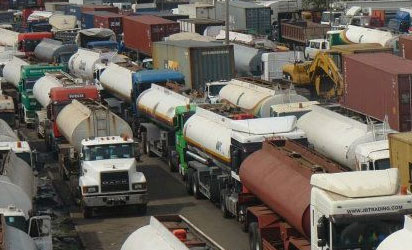 He explained that the non-payment of salary to the pipelines surveillance security affected the pumping of products to the depot has been the major factor militating against regular supply.

“NNPC stated that non-payment of salary to the pipelines surveillance security affected the pumping of products to the depot as the security demanded payment before the operation can commence.

“We have not loaded a single product from the depot in the last three weeks and this has increased the ex-depot price in most private depots in Apapa,” he said.

The IPMAN boss urged the management of NNPC to urgently intervene to avert another round of scarcity that could arise if not carefully managed before the weekend.

“Today, the situation has worsened here in our depot as Mosinmi and Ibadan depots now have low stock. The two depots which usually load 200 trucks each on daily basis now load between 10 to 12 trucks daily.”

Alanamu told newsmen that marketers would not hesitate to sell petrol above pump price of N145 per liter if private depots failed to sell petrol at the official ex-depot price.

Also speaking, the Chairman, Petroleum Tanker Drivers, Ejigbo Branch, Alhaji Akanni Moruf, stated that truck drivers had to vacate the depot when it became obvious that pumping of petroleum products was not likely to be sufficient.

An official who preferred anonymity told Echonews that they were still waiting for pumping of products to the depot, informing that the maintenance of a sectional line at the depot had been completed.

He added that the depot had been receiving supply until the repairs commenced few days ago.

According to him, the disruption to loading has affected the drivers greatly as they are being paid on service rendered. “Now that the depot is shutdown, most of us are idle without food to eat,” he lamented.

One of the truck drivers, Mr. Musa Adamu, said, “I have been here since last week with my receipt to load after paying to the bank but l was told no petrol. My boss told me to wait here until they fix the problem, that is why am still waiting to load.”

Echonews observed that there was imminent fuel scarcity as trucks were seen parked outside while the depot was under lock and key.