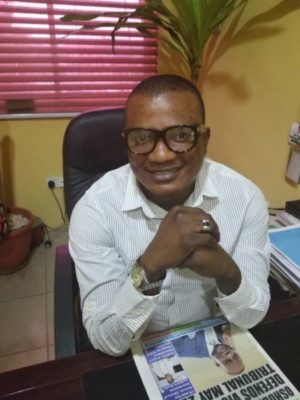 The Chairman of Works, Housing and Infrastructure committee and the councillor representing Igbehinadu Ward, Oshodi, Hon. Azeez Jaiyeola has assured Oshodi community of accessible roads as the department’s allocation has increased.

ECHONEWS learnt that the allocated fund is meant to take care of the street lights and electrification, construction of new roads, drainages, culverts and general administration works.

It was also gathered that the synergy between the works department and the committee is aimed at the success of the task ahead.

According to Jaiyeola, the committee which was set up some months back has been working assiduously to deliver its best to the community as the members have been brainstorming on the new workable strategies and the way forward.

He disclosed that the construction of the dilapidated building of Ajibulu primary school would soon commence as they await the quotation of the Engineer in charge.

He also stated that Odalume and Oluwani Streets construction as well as Ajisegiri Street drainage works are within 20 per cent completion.

Apart from the ongoing construction works, Jaiyeola disclosed that the local government chairman has approved a street each for the councillors to be constructed to add to the community development.

With all the efforts put together, he said: “We will perform beyond the community’s expectations.”

He however urged the community members to make good use of the roads so as to serve them for a longer period of time.