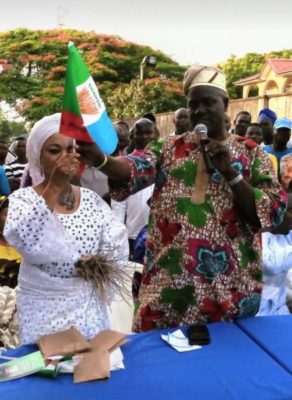 The All Peoples Congress (APC), Oshodi-Isolo recorded another plus as a leader of Peoples Democratic Party (PDP), Chief Mrs. Remi Bakare Adikwu, bid her former party farewell and joined APC in a warmth reception organized to officially welcome her as member by the party stakeholders at the local government.

Adikwu, who joined APC with her former party (PDP) followers, said that the indelible records and giant strides of Governor Ambode’s administration in Lagos necessitated her decision to be part and wheel of the progressive in moving the nation and Lagos state forward. 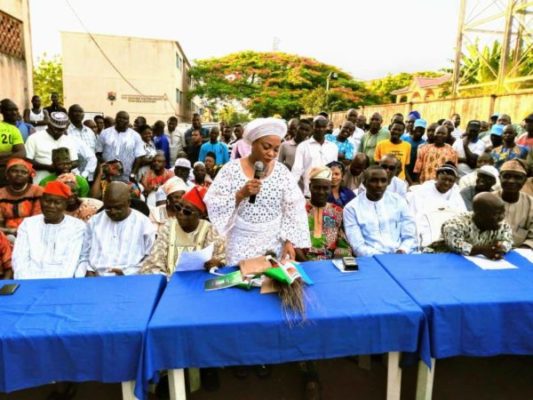 “I’m glad it came to reality as I join the progressive to contribute my quota to the development of my nation and dear state, Lagos which has been my mission and reason for active involvement in politics,” she recounted.

However, she urged APC members to remain steadfast, unite one another as the party is becoming strong formidable force.

APC Local Government Chairman, Hon. Olamilejan Kasali while presenting the party flag to her expressed his joy as PDP stalwart embraced APC which he said called for celebration as the political momentum was getting set for the party’s victory in the coming election.

Kasali however said that Adikwu defection is a big plus to progressive family, especially when APC needs compete hand like her and she would be optimally be utilized in the party. 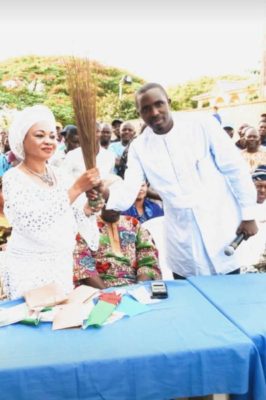 The Executive Chairman of Oshodi-Isolo Local Government, Hon. Bolaji Muse-Ariyoh registered his joy while handling the party constitution to Chief Mrs. Remi Adikwu whom he referred to as ‘Big Fish ‘ since politics is a game of number and strength of actors in the party which determines the electoral fortunes of the party to gain more people into its fold than losing to the opposition camp.

Ariyoh urged members to get their PVC and mobilize others to do same as the victory lies in the power of voting process.