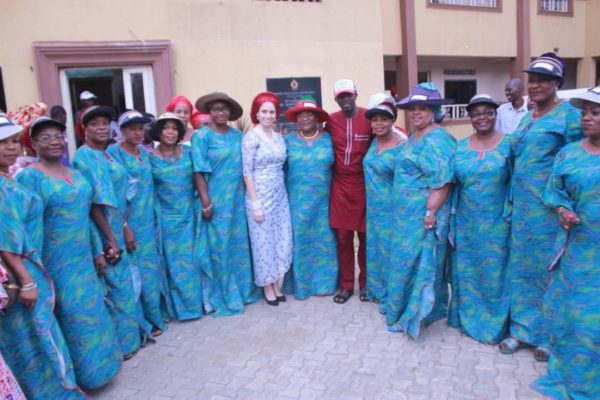 Towards ensuring that Governor Akinwunmi Ambode re-election becomes a reality, Ambode Mandate Support Group (AMSG), the women wing charged with the responsibility of sensitizing, mobilizing support for His Excellency, moved the train to Oshodi-Isolo Local Government Area with the aim of creating awareness.

The team was led by the state Director, Hon. Chief Mrs. Modinat Akinyemi who urged women in LG to mobilize their wards, friends and relatives to get their PVC and vote during the election which is their civic responsibility and a way of deciding how the country is being governed. 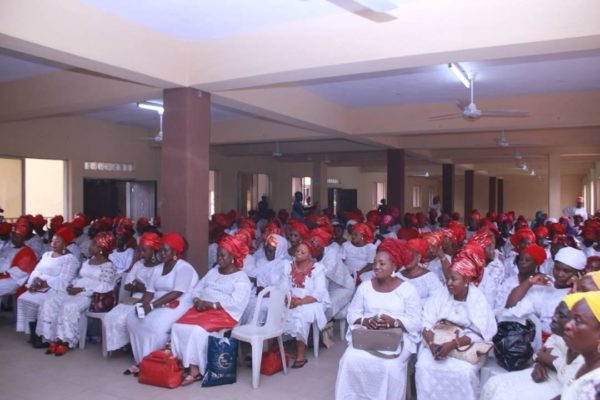 She added that the ongoing development in the state must not come to a halt, especially bringing unprecedented development to Oshodi LGA which call for continuity and this can be achieved by everyone’s joint effort.

During the earlier opening address of chief host, Mrs. Sara Muse Ariyoh wife of executive chairman of Oshodi LGA who beseeched Oshodi women to start working for second term re-election of Ambode in 2019 from their homes, communities, markets, churches, mosques and others, coupled with mobilizing people on the need to get their PVC which is the only viable weapon to make 2019 dreams achievable and more developed Lagos a reality.

“No other way to real development governance in Lagos state than for the continuity of governor Ambode which we all must give our support for his re-election.”

The Oshodi-Isolo Executive Chairman, Hon. Bolaji Muse-Ariyoh said that there was no going back as Governor Ambode remains the people’s choice for the state and to make it happen, it is mandatory for all eligible voters in Oshodi to get their PVC and vote during the election to continue enjoying Oshodi.

The event was colourful from the dress code of different ethnic groups and association within the wards that grace the occasion, even the women dance steps added to their support.