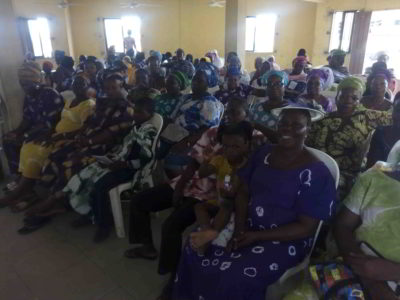 Cross section of the graduates

Oliyide Poverty Alleviation Solution (OPAS-Africa), a non-governmental organization (NGO), has awarded certificates to 185 participants in the just concluded vocational training organized for the residents of Oshodi-Isolo constituency by Lagos State Tie and Dye Association in conjunction with Liberation Empowerment and Action Network (LEAN).

The training, which was sponsored by the Lagos State Commissioner for Information and Strategy, Hon. Kehinde Bamigbetan and OPAS-Africa, was aimed at empowering people especially the women in order to reduce poverty at the grassroots.

While presenting the certificates to the graduating participants, the President, LEAN Group/OPAS-Africa, Hon. Ayodele Oliyide, said that with the certificate, the trained artisans could get interest-free loans from LEAN Group, explaining that the Group was established purposely to facilitate access to loans by the small and medium entrepreneurs without interest. 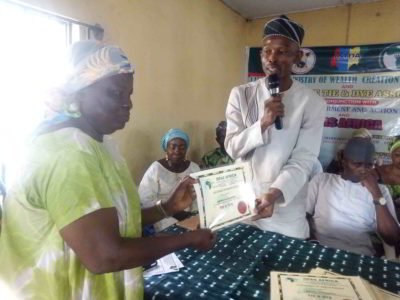 According to him, having noticed that interest (no matter how small it might be) on loans has been one of the major factors killing businesses in the country especially SMEs, hence, the Group has strategized a partnership with some Islamic banks to secure interest-free loans for its members.

Oliyide reiterated that the OPAS-Africa certificate would certify the graduates of the vocational training to be members of LEAN, while they would only need to certify some simple criteria for the Group to be sure of their identities.

This, as he said, would enable the Group to stand as guarantor for them to secure the loan. 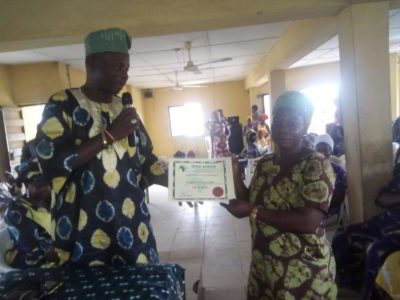 The NGO boss, who has been sponsoring such vocational training since 2015, stated that he engaged in this act believing that the only way to eradicate poverty is to empower people.

“My involvement in empowering people is a passion. I am happy when people around me are happy. I believe that the way to eradicate poverty in our community is to empower people and this I realized that this cannot be done for many people unless one is in a position of power, political power I mean.

“This gingered my intention to run for the Lagos House of Assembly in 2011 under the then CAN party. Although I have been financing vocational trainings and some other empowerment programmes within my constituency in my own little capacity; I wish to do more for my people and that is why I am still eying political post and actively involved in politics.”

Meanwhile, the Lagos State Commissioner for Information and Strategy, Hon. Kehinde Bamigbetan, who sponsored the training, promised to make further effort to support the artisans on their startup capitals

Speaking at the graduation ceremony, Bamigbetan disclosed that he encouraged hard working rather than begging for money hence, he always made effort to support people who engaged themselves in businesses or other handiworks. 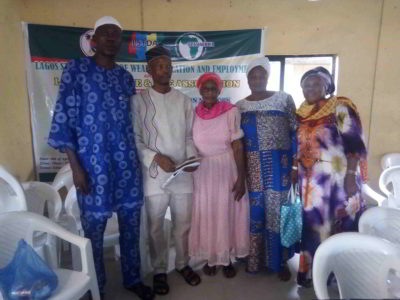 “If you learn a work but you do not use it to make a living, it is as if you don’t learn the work at all. Whatever I have in my own capacity, I will support you with to make sure you do your work.”

The commissioner, who reiterated that he was committed to poverty eradication, explained that it could only be achieved by empowering people at the grassroots especially the women who, most of the time, are in the fore front of home affairs.

Speaking through his representative, Kamiludeen Baruwa, Bamigbetan noted that unavailability of salaried jobs has led many to illegal activities in the society such as prostitution and begging.

He however emphasized on self-employment through the vocations, adding that this would decongested highly saturated white collar jobs.

Reiterating his support for the artisans, the commissioner partner with Lagos state Micro finance and some other financial institutions from which they could get the startup loans, adding that he would do his best to financially equip them.

According to him, after being equipped with the training, those women involved in this training could be on their own if they can get loan as small as N50,000 to N100,000.

Addressing the graduates, the Chairman of Iloso Local Council Development Area, Hon. Shamsudeen Olaleye, who was represented by the Supervisory Councilor for Environment, Hon. Abiodun Saheed, advised them to make sure they work with their certificates.

Olaleye, who was the Chairman of the occasion, urged them to organize themselves to meet and showcase their identity to the Lagos State Governor, Akinwunmi Ambode, on his visitation to the LCDA in next month.

Earlier, the President, Lagos State Tie and Dye, Rasheed Temitope, had promised the graduating artisans that the association would issue them certificate at the completion of their training. However, he subjected this to a further training with Lagos State Technical School.

Temitope, who was represented by Adekunle Akintunde, said the association would guarantee only who have certificate to get loans from Lagos state government.

Having analyzed the benefit of the job, the Tie and Dye Association boss warned the newly graduated artisans to abide by the rules of the work. He specifically warned them against being careless with materials particularly the chemicals that could affect the children.

He advised them to be more creative in order to fit into new trends in the society.

In the same vein, the Chairman of Ishaga Community Development Association (CDA), Chief Yusuf Anafi, also commended the efforts of Bamigbetan, Oliyide and some other philanthropists towards the success of the training while appreciating the Association for bringing such a programme to his community.