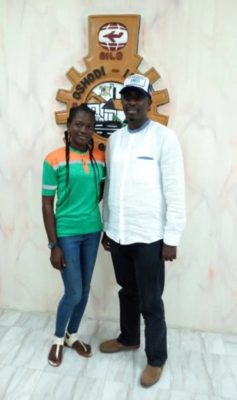 The representative of Oshodi-Isolo Local Government, Miss Zainab Ganikale, has vowed to put all efforts to emerge one of the winners at the grand finale as 57 contestants of Miss Cleaner Lagos beauty pageant Award fight for the positions of six Ambassadors to be chosen from six axes of Lagos: lkeja, Badagry, lkorodu, Lagos Island and Epe.

Making the promise during the visit of 17 out of 57 contestants to the Executive Chairman of Oshodi-lsolo LG, Hon. Bolaji Muse-Ariyoh, Ganikale, who appreciated the opportunity given to her to represent the local government area, said the contest was worthy of putting greater effort, saying she would make her community proud.

The Publisher of Signature Magazine, Alhaji Idris Bamgboye, who led the contestants in visitation, presented the queens that have been groomed to enlighten the public on how to save the environment from pollution especially at the time Lagos State was facing environmental refuse challenges to the chairman.

He stated that the contestants would be orientating people on the theme “Beating Plastic Pollution” as the rate at which plastic constitute threat to the drainages and environment has become alarming.

He hinted that the contestants would visit markets, streets and other areas to prevent wrong disposal of plastics. 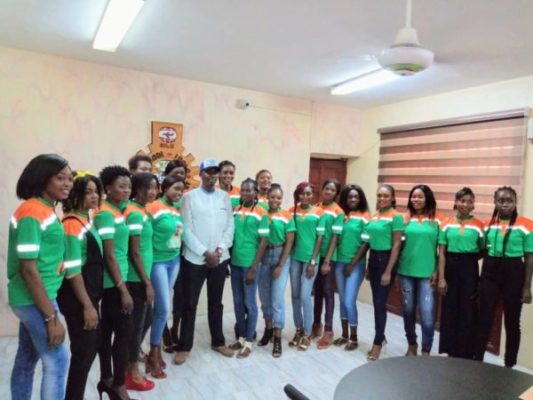 Also speaking, the Editor of the Magazine, Mr. Ekundayo Onilude, informed that contenders would embark on their public awareness campaign on “Beat Plastic Pollution” in Oshodi from 15th July to29th July with the grand finale to be held at Balmoral Hotel, Oregun Lagos,  where six queens would emerge as Ambassadors, Miss Cleaner Lagos chosen from six axes of Lagos.

In addition, an Environmentalist, Miss Ajibola Amidu, explained the group objectives, which, according to her, was not only aimed at producing pageant queens but to also maintain clean environment.

The contestants exhibited readiness to swift into action by demonstrating how to prevent plastic pollution in three Nigerian languages.

Meanwhile, the LG Boss thanked the initiators of the programme, assuring them of the government’s support.

“My administration is always open to ideas and concepts that would bring succour to my people, and maintaining a clean environment should be culture which all of us must imbibe in our daily life,” he said.