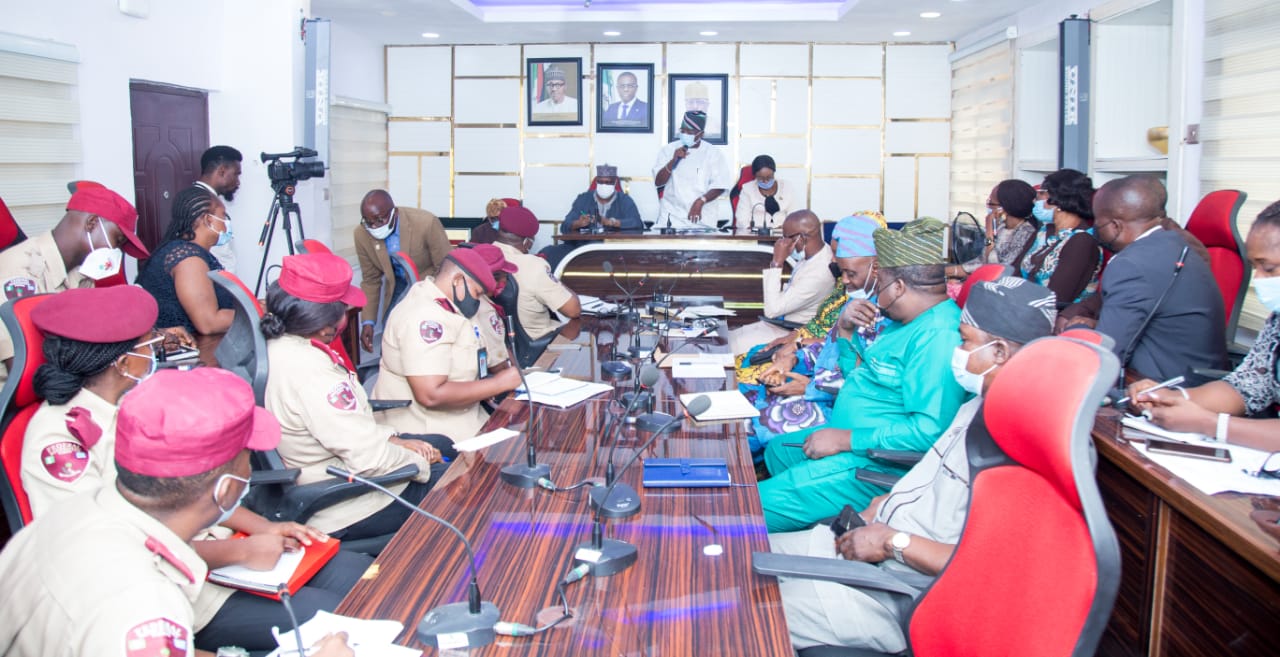 Lagos State Government has charged members of the Federal Road Safety Corps (FRSC) to have cordial relationship with leaders at the Local Governments/Local Council Development Areas, Traditional Rulers and Chiefs, Community Development Associations and Markets across Lagos State to aid smooth discharge of their duties and responsibilities on Lagos roads.

The Commissioner for Local Government and Community Affairs, Dr. Wale Ahmed, who made this charge today during the courtesy visit of the delegation of the Federal Road Safety Corps, Lagos State Sector Command, encouraged members of the Corps to take advantage of relating with the leaders at the grassroots to reach out to the members of the Communities.

This, he explained, will help to change the perceptions of the people about their operations, thereby gaining full acceptance and engender peaceful operation within the communities.

The commissioner implored the Corps to make use of the different meeting platforms put in place by the Ministry in reaching out to the communities.

This he said include Joint Account Allocation Committee (JAAC) meeting for Local Government Chairmen, Community Development Advisory Council Meetings and Market Advisory Council meetings for Market leaders in the State, while noting that periodic sensitization of the public during such meetings would help to ensure adequate safety of lives and properties.

He added that cases of covering of number plates and indiscriminate blaring of sirens should be looked into as well as other serious traffic offence on Lagos roads.

In her welcome address, the Permanent Secretary, Mrs. Kikelomo Sanyaolu, thanked the delegation for the visit, explaining the statutory responsibilities of the Ministry, cutting across broad issues and grassroots as major stakeholders in maintaining of relative peace, order and good governance in the State, while assuring the team of the Ministry’s collaboration in achieving smooth and cordial operation of the FRSC on Lagos roads.

This, he described as remarkable, saying Lagos is well equipped in area of rescue operations and emergency management.

He, however, sought more cooperation from the grassroots to establish more Station Offices across the 20 Local Government Areas.

According to him, “this is necessary for database collation, Public enlightenment, collaboration with sister Agencies of the State during rescue operations to prevent road accidents and other related emergencies.”

Ogungbemide stated that great synergy with the Communities is needed to curb crashes and other road emergencies, abuse of number plates; a threat to State security, among other offences. He noted that “crime starts and end on the road, The FRSC owes it to give accounts of people and what comes into Lagos State.”