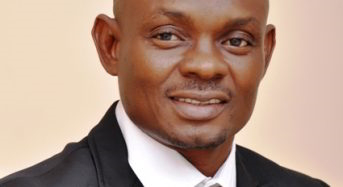 The Lawmaker representing Oshodi/Isolo Constituency I at the Lagos State House of Assembly, Hon. Olusola Abdulhakeem Sokunle, has congratulated the newly elected executives of the All Progressives Congress (APC) in Oshodi/Isolo local government.

Sokunle, through a press statement issued by his Media Assistant, Okunade Adekunle, expressed confidence in the newly elected leadership, saying that it was a great thing that the delegates conducted themselves in a responsible manner during the congress.

The Lawmaker advised the executives to work together in unity to ensure that the party excels in the coming 2019 general elections.

He explained that the newly elected executives at both local government and ward levels have to understand the task ahead of them, saying that the victory of the party at 2019 polls is not negotiable.

“I congratulate all the elected local government executives of our great party, APC in Oshodi/Isolo. The responsible and peaceful manner with which the delegates at the congress conducted themselves is satisfactory and commendable,” he commended.

He added, “The peaceful conduct of our members during the ward and local government congresses shows that our democracy and politics has come of age. It is an indication that we have matured members in APC. The task ahead is the task of ensuring that the party wins all elections in the coming 2019 general elections.”