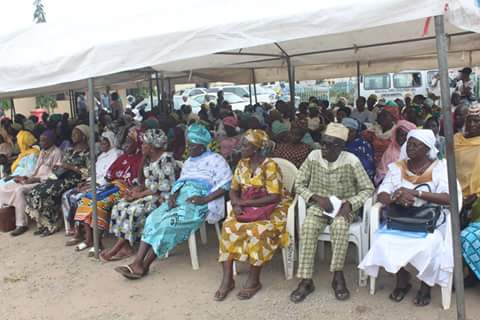 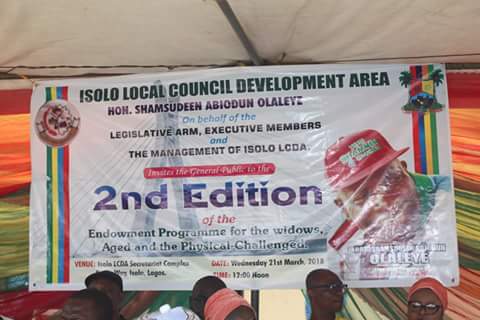 The Executive Chairman, Isolo Local Council Development Area (LCDA), Hon. Shamsudeen Olaleye, has released N1million to empower another 100 beneficiaries in the second batch of the widows, elderly and the physically-challenged endowment programme.

The beneficiaries of the endowment programme who were selected from the seven political wards of the council area went home with a sum of N10, 000 each alongside foodstuffs which include rice and garri.

This followed the success of the maiden edition of the endowment programme initiated last year, where about 110 people were endowed.

It would be recalled that similar endowment programme was one of the mainstay programmes during his first term in office with over 300 people benefitting from the endowment. 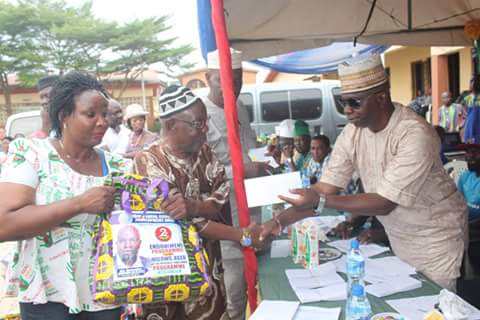 The successful holding of the second batch of the endowment programme now bring the total number of beneficiaries to 210.

Speaking at the event, Olaleye said the programme was a testament to his campaign promise to the people of Isolo LCDA to offer a helping hand to the widows, the elderly and the physically-challenged members of the council area.

According to him, his administration places high premium on the welfare of senior citizens as well as the deprived members of Isolo community, hence the endowment had been included in the 2018 budget of the council.

He stated, “The endowment had been included in this year’s budget because we place high premium on the wellbeing of our senior citizens and deprived members of our community who are mostly women, who have lost their husbands. So we are offering a helping hand to them with the endowment. Though it is not too much but to show we care for them particularly at these trying times. 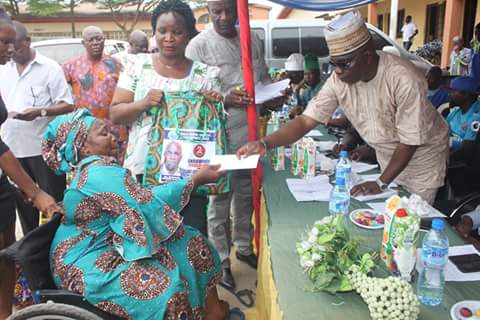 The council boss also informed that another populist programme would be held soon with the second edition of the bursary award scheme to indigene and indigent students in higher institutions of learning.

According to him, the screening exercise has since been concluded while the list of successful candidates would be made public in the coming days.