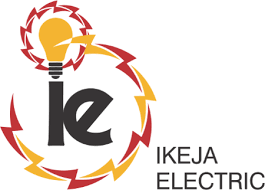 Community Development Associations are challenging Ikeja Electricity Distribution Company to name neighbourhoods where its men are being harassed by criminally minded youths so that they can take appropriate action.

They were reacting to a letter from Ikeja Electric chief Executive Officer (CEO), Anthony Youdeower, to the community through the local government chairman, Hon. Bolaji Muse Ariyoh, Ikeja Electric, expressing displeasure over alleged violence, criminal, barbaric assault and obstruction of duty of its staffs in the course of carrying out their lawful duties.

The letter dated 19th February 2019 reminded the communities of section 351 criminal code Act, 2004 which states that any person who unlawfully assaults another is guilty of a misdemeanor/felony and is liable to punishments ranging from one (1) to fourteen (14) years imprisonment.

Section 274 of Criminal Law of Lagos State 2015 was also quoted to back up the strict enforcement as it pushes for the maximum sentence of 21 years imprisonment to defaulters as provided under the Act.

To this effect, Ikeja Electric urged the council chairman to use his good office to advise all the CDAs in his jurisdiction to explore any of their several laid down channels to express complaints and desist from all unlawful acts of violence against its staffs.

Dated March 23, 2019, the letter was signed by the General Secretary, Chief Israel Orija and the committee’s Chairman, Alhaji Rasheed Alamutu.

The CDC stated that the allegation failed to investigate as to pin-point and identify any CDA catchment area(s) involved in the acts mentioned.

Meanwhile, the CDC has praised the IKEDC for posting out its former Undertaking Manager, Mrs. Adebamowo Abolore, after serving the communities for 27 months.

The CDC alleged that Abolore believed too much in monopoly, thinking that side taking would bring earn her credit.

It stated: “Abolore believed too much in monopoly, thinking that side taking would bring her credit and we wondered why she is put in charge of Oshodi yet, she directs us to proceed to Okota for reports.”

It urged the new Undertaking Manager, Adebayo Adesiyan, to improve the supply of electricity in the communities and address complaints swiftly.

However, the out-going manager has taken the criticisms as part of the hazards of the job.

Announcing her exit through the WhatsApp platform for stakeholders in the community, Abolore wrote: “I leave with mixed feelings as I truly enjoyed working with you for the past 27 months, your insightful observations and cheerful nature were instrumental to improving our services.”

She resumed at Amuwo-Odofin, her new duty post on April 1st, this year.