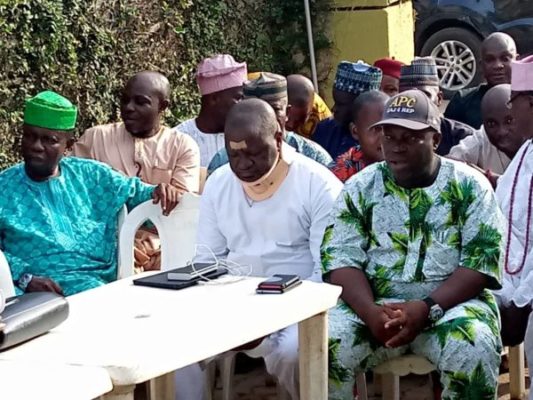 The session, held at the Commissioner’s residence in Ejigbo, was purposely to appreciate the Almighty God for preserving the life of Commissioner and that of his driver.

Bamigbetan had involved in an accident on Sunday last week on his way back to Lagos from Ile-Ife where he went to launch community media and inspect his farm. 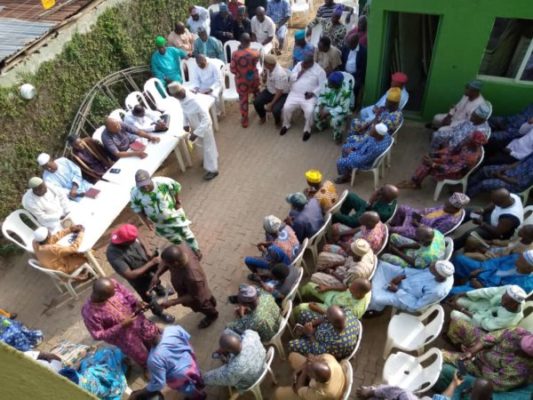 Leading the thanksgiving session, the Chief Imam of Ejigbo, Alhaji  Mikail Sanni, said the survival of the accident was an attestation that God has been answering their prayer on the Commissioner, saying the Muslims in Ejigbo Central Mosque have been consistently praying for him and others in government.

He described Bamigbetan as a leader that has been striving for the development of the community and grooming the future leaders for the task in the same line of action.

The Christian prayer was led by Rev. Oyinlola Stephen, a representative of Christian Association of Nigeria (CAN) in Ejigbo, and Pastor of Achievers Baptist Church, who explained that four people need to thank God for the incident including Mr. Bamigbetan’s parents, the Ejigbo LCDA chairman, Hon. Monsurudeen Obe, the religious leaders and the family members.

The clergymen however beseeched the people of the community to keep praying for their political leaders as their own contribution to the success of the leaders in the community.

The Ejigbo Council Chairman appreciate all the party faithful and all other people who were present at the event, noting that prayer is mostly important in a man’s life.

He therefore urged people to keep praying for God’s mercy as he noted that the Commissioner really enjoy God’s favour and mercy.

Bamigbetan, in his testimony, sang songs of praise unto God and appreciated all those who had been there in the course of the event.

Recounting the incident, he stated: “I went to Ile-Ife to my plantain farm to inspect the farm for the setting up of the machines for the production of the plantain flour I bring to Lagos to sell. I went through the farm, while the driver was relaxing inside the car, so I came back from the farm tired.

“As we made our journey back, I was taking a nap in the rear seat. I couldn’t explain the accident, I just woke up to see blood and the Lexus Jeep had been condemned. It is as a result of God’s mercy we received that kept us alive. Even the police whose vehicle we hit were the ones who came to our rescue, took us to the hospital and still came to check on us the following day at the hospital.”