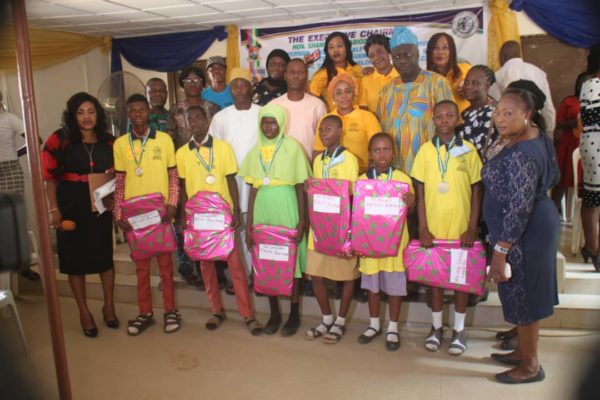 The Vice Principal (Academics), Central Senior High School, Isolo, Mr. Samuel Akinseye has assured that the school will bring back the glory of winning the One-Day Governorship position to Isolo Local Council Development Area (LCDA) at this year’s Spelling Bee competition in the state.

Akinseye made this known to Echonews in the school premises during the week while explaining the level of preparation towards the competition.

It would be recalled that an SSS 1 student of the school, Fuad Salami won the LCDA 2019 Spelling Bee competition to represent the council area in the competition at the state level.

It was gathered that this would be the third time the school would be representing the local council in the competition at the state level.

The council chairperson, Mrs. Ibironke Olaleye had earlier urged Salami to replicate the winning prowess at the state level and bring back the glory to Isolo as done in the past by a student of Ansar-Ud-Deen Comprehensive High School, Master Ikechukwu Abundance who became the one-day governor in 2006 edition of the completion.

Akinseye stated that winning the competition at the local level is just the needed prerequisite to showcase the intelligence embedded in the pupils of the school, stressing that the school is on the mission to win the competition this time around.

“This is the third consecutive year we’ll be winning the competition at the local level, the aim is to replicate such brilliance and academic intelligence in the state and make the council proud this time around. Winning it at the local level shows that we’ve adequately prepared for the competition at the state level and with the help of the Spelling Bee team in our school, which includes myself and the English teacher, Mr. Abdul-Rauf we’ll make the council proud at the state level.

“Last year, the boy we put forward was brilliant unfortunately, he got eliminated at the 8th round because luck was not on his side. The word he was given was so complex at that round, if he had spelt it correctly, he could have eventually be the winner or first runner-up because the subsequent words were so simple. Fuad Salami who will be representing the LCDA this time around is a brilliant boy as well but we’ve intensified our practices and with the additional coaching at the district, we’ll make the council proud.”