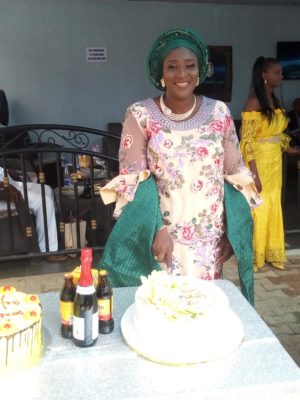 There were encomiums and myriad of good testimonies on the characters  of the wife of the Lagos State commissioner for Information and Strategy, Mrs. Fatimah Erepita Bamigbetan by family members, relatives, friends and well-wishers on the occasion of her 45th birthday ceremony held at Saratoga Blue Garden and Suites, Ona-Iwa Mimo Street, Ejigbo on Saturday, May the 19th, 2018. 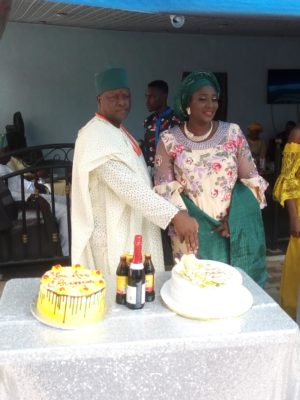 It started with relatives who described the celebrant as a worth sister and pride of the family whom could be depended upon and trusted with everything.

The celebrant’s husband, Hon. Kehinde Bamigbetan, while speaking about his wife, said that she has been the pillar of his family and a prayer warrior that has been upholding the family with her unceasing supplications.

Bamigbetan disclosed that sine he met her wife, she has been supporting his careers first as a journalist and later as a politician, adding that she has been tolerating the challenges inherent in his chosen careers having understood the demands of the careers such as working till late in the night or overnight as the case might be. 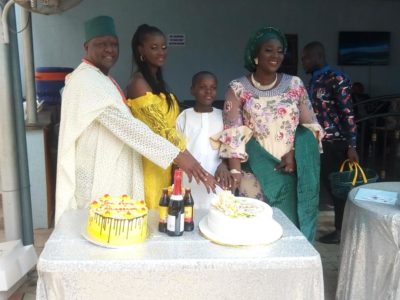 He revealed that he has been trying to avoid enraging her even when there is conflict even though she is too tolerant and affable, knowing well that making her angry could be the bane of the development in the family.

“She is my confidant, my counselor and my backbone whose company I cannot afford to miss at any point in time. I can’t afford to make her angry as that could be dangerous. If I still come back to this world, I would still love to have her as my wife,” he submitted.

Also speaking about her mother, the celebrant first born, Miss Akorede Bamigbetan, who also celebrated her own birthday a day before her mother’s, pronounced her mother the best mum and mentor any child could have to be successful in life. 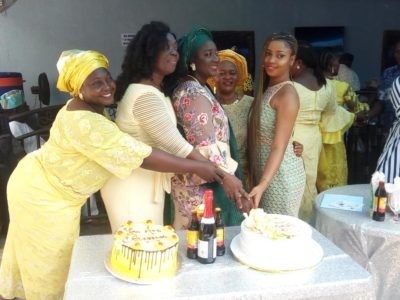 The little Bamigbetan described the celebrant as an epitome of beauty, intelligent and hardworking as well as an astute guardian, declaring that she and her brothers have been enjoying the upbringing of their mother.

Other childhood friends of the celebrant, the church members as well as the well-wishers also described the celebrant as amiable person, tolerant, gentle and religious.

In an emotional mood with tears of joy rolling down her face, the celebrant, who maintained that she had to thank God for every aspect of her life, disclosed that she almost lost hope at point along the journey of her life especially when her husband was kidnapped about five years ago.

She described her husband as her be-all-and-end-all whom she could not afford at any time in her lifetime, saying she didn’t know where she would have been without her husband.

A prayer session was conducted for the celebrant by Pastor Taiwo and Pastor Ajayi of Redeemed Christian Church of God (RCCG), Ejigbo.

Pastor Taiwo, who described Bamigbetan as an epitome of role model, prayed for longer life for the celebrant and the entire family while Pastor Ajayi beseeched her to always be thankful for God’s mercy and love.