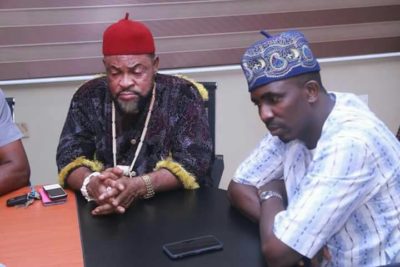 The Obi Udo Ndigbo of Oshodi, His Royal Highness, Eze Dr. Reuben Ibe Akama (Eze Udemba 1 of Ezinifite) has reassured the Oshodi-isolo Local Government Chairman, Hon. Bolaji muse-Ariyoh mutual working and living relationship with the local council authority as well as the people of the community. 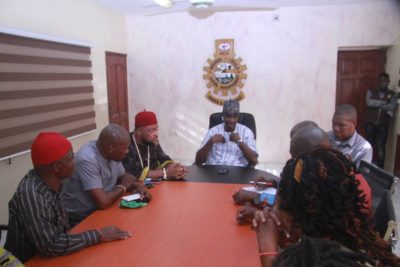 The Eze Ndigbo made the promises when he paid a courtesy visit to the local government chairman, at the secretariat recently in the company of his chiefs.

The palace Secretary, James Uche Ugwu, who spoke to the gathering explained that their visit was a formal introduction of Oshodi Ohaneze Ndigbo and the council of chiefs to the local council authority. 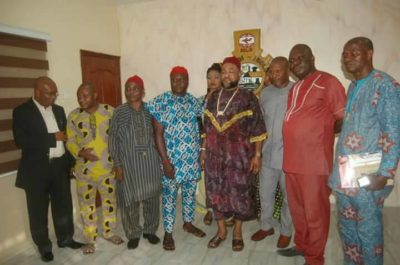 He added that they were looking forward to more harmonious relationship between the Igbo community in Oshodi and the local government authority.

Also speaking, the Chairman of Oshodi Ohaneze Ndigbo, Chief John Paul Ezenwaka assured the LGA of unified Eze Ndigbo, emphasizing the need of Igbo community in Oshodi to support the local government as business oriented people in terms of timely payment of their taxes and levies to the authority.