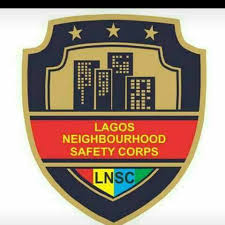 The Ikeja Division representative of the Lagos State Neighborhood Safety Corps (LNSC), Chief Tunde Aboyade has urged  officers of the corps to see the newly approved shift and hazard allowances as incentives  to work harder.

With him was the Commander, Apostle Victor Oshinfade.

They gave the admonition during their visit to Oshodi-Isolo zone, encouraging them to be more effective on duty.

They told them to improve  their communication and intelligence gathering skills to protect the neighbourhoods.

The corps leaders reiterated that demonstrating diligence and improving performance would show the government their appreciation of the new perks.

One of the LNSC officers disclosed to ECHONEWS that they had been waiting for the allowance, saying  it finally came  like open heavens.

ECHONEWS gathered that the shift allowance rate is based on individual rank while the hazard allowance is on a flat rate to all officials .

The new salary scale was pronounced in January 2021 but was effected in February salary while the January arrears were also paid.