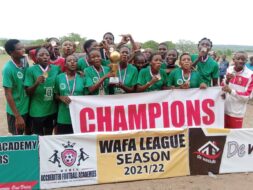 The inaugural edition of the 2nd division of the Wafa league came with lots of dramas as Fortress Ladies all the way from Edo state defeated all other Lagos based teams to emerge the champions.

Fortress Ladies who only needed to win their last match with a wide margin did their assignment well as they crush Daff Ladies 11-0 to inflict the heaviest defeat of the competition on Daff Ladies and got promoted to the elite division of Wafa league.

Makbet Queens on the other hand also got promoted to the Wafa league division one alongside Arising Stars and Young Achiever Queens.

The captain of Fortress Ladies, Omoruyi Osaiyekemwen disclosed how happy she is and showered praises on her teammates and coach for making it possible to win the league.

Also present at the grand finale of the Wafa division 2 league is the chairman of Daff Ibarapa Central Football Association (FA) Alhaji Kareem Isiaka described the competition as a great one which will help in the development of women football players in Nigeria. 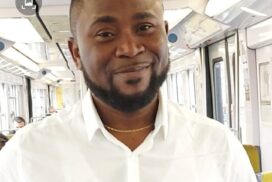 My dream is to work with NFF, FIFA – Prince Oduse 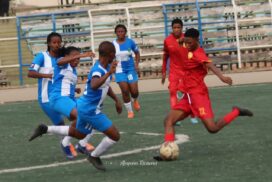