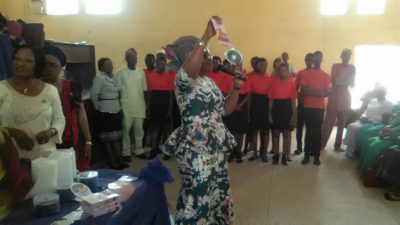 Leaning the lyrics of the anthem

Education District VI has wheeled up the standard of education to greater heights as the Tutor General and Permanent Secretary (TG/PS) of the district, Mrs. Olufunmilayo Olabisi Onadipe and launched the district anthem alongside with other education stakeholders in Oshodi during the weekend.

Onadipe disclosed that she had been nurturing the idea of having district anthem since she came on board as the district TG/PS. 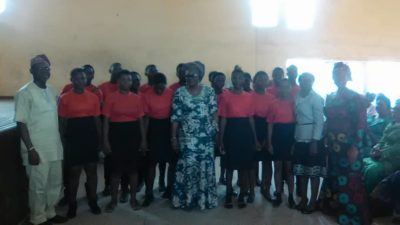 She said that she was not happy seeing only District I having anthem among other districts.

According to her, the dream of composing an anthem that would reflect the vision and mission statement of the district has eventually been actualized.

While unveiling the anthem recorded in C.D players  and also in pamphlets to aid learning of the lyrics, students from various schools under District VI sang the anthem to the melody of their voices with standing ovation and applause. 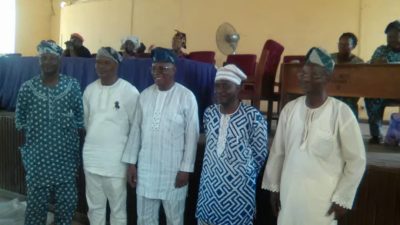 The Permanent Secretary however used the opportunity to present the five newly appointed principals in District VI, who were all males, to the public.

She requested for a prayer session for them to succeed in the course of their work.

The anthem was composed by co-curriculum department teacher, Mr. Olufade John Olusesi, who recounted his efforts towards the anthem as one of selfless interest to project the image of the district in an anthem as it operates.

In the same vein, the music teacher from lkeja Junior Grammar School, Mrs. Nnabudo Hellen, narrated how she nurtured the students in sofa tonic, identified and placed them in their different parts to sing.

One of tenor student singers, Bassey Peter from Ajao Estate Senior Grammar School, recounted his experience right from school practices to studio where it was recorded.

He viewed it as awesome moments despite the studio fright as it was his first time of studio experience.