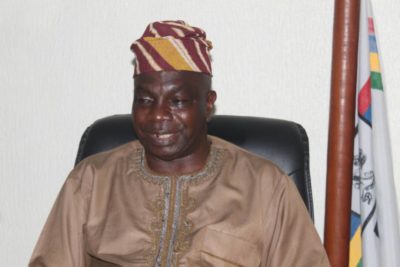 The Executive Chairman of Isolo Local Council Development Area (LCDA), Hon. Shamsudeen Aboidun Olaleye has advised members of Igbo Political Stakeholders to be practical politicians to be able to harness the potential of the group.

A delegation of Igbo Political Stakeholders, which is a coalition of all Igbo interest groups in Isolo LCDA, founded early this year, came to pay homage and allegiance to Hon. Olaleye today 12th April 2018 ahead of the forthcoming All Progressives Congress (APC) congress.

The coalition whose membership include Igbo Mandate, Igbo Coalition, Igbo Amahaotu, South East APC, Igbo Vision and Igbo Amaka has become a political pressure group representing the interest of all Igbos in Isolo political landscape. This ostensibly informed the leadership of the coalition to pitch its tents with Hon. Olaleye whom they consider as a true leader and one in whom Igbo interest could be effectively realized.

According to the Apex Leader of the group, Hon. Leo Chioma, the coalition decided to pitch its tent with Hon. Olaleye because they believe in him. “After the last election, we came together and closed rank politically to form a common front. This group is strictly for those who believe in Shammeh’s leadership and administration. Anybody that does not believe in Shammeh has no reason to be here because there is no opposition to Shammey’s administration,” says Hon. Chioma.

He also stated that the coalition’s visit is to felicitate and appreciate the council boss for including Igbos in his administration. Currently, three Igbos have been appointed Special Assistants while no fewer than three others have been included in various committees in the council. He added: “We thank you so much and we are passing a vote of confidence on you. But like Oliver Twist, we ask for more. We have agreed to support you more particularly with the forthcoming general election. We are meeting to galvanize opinion on the forthcoming general election.”

The Apex Leader also informed that the coalition is planning to 300 Igbos within Isolo LCDA to endorse Gov. Akinwunmi Ambode for a second term in office.

The council boss noted that including Igbos in his administration is a fulfillment of his electoral promise to form an all-inclusive government. “We promised to carry the Igbos along in our administration, we are glad to have done that but there are still others outside. It is practically impossible to satisfy everybody but we would try to balance everything. We have to limit the number of people we engage but be rest assured you will be carried along,” Olaleye added.

He, however, admonished leaders of the coalition to be practical politicians by taking control of politics in their respective wards especially now that the party congress is around the corner.

“You must be concerned about the coming party congress; you must be ready to mobilize massively ahead of the congress. The situation here in Isolo is not peculiar to us alone. Happily for us, while the sun is setting somewhere, the sun is shining here. Ever since Moses crossed the Red Sea with the Israelites, he has not looked back. We are not looking back and you must be ready to take control in your zones, wards and at the local government congress,” Olaleye admonished.