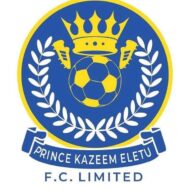 NWFL Championship side, Prince Kazeem Eletu Queens are set to unveil new set of spectacular players in preparation for the 2022/2023 season.

Prince Kazeem Eletu Queens, who just got promoted to the NWFL Championship from the nationwide are in top gear as they shape up for the battle ahead.

Part of arrangements for the unveiling ceremony will be a friendly game between Prince Kazeem Eletu Queens and Apex Stars Queens, which PKEQ head coach, Jaiyeola Damilare said the friendly game is not a do or die affair, rather, it will serve as a preparatory game for PKEQ.

Coach Jaiyeola Damilare further emphasized that the friendly game is not a do or die affair but to serve as an avenue to scout players from their opponent and give them a platform to become professional players in women football.

“Its a screening and trial match for old and new players for selection for 2022/2023 season in order to give them a platform to become professional players since we are in the second division of women football in Nigeria,

While the selected players will be unveiled on Tuesday 16/08/2022 at our chairman’s villa, White House, Osapa London, Lekki, Lagos.

“Its not a do or die match because the team is currently preparing for the future.” 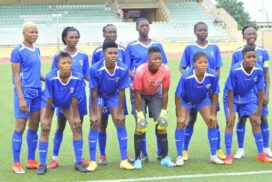