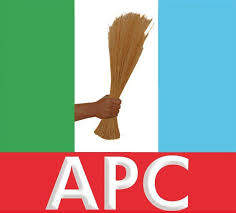 As 2019 elections approach, the party chairman of All Progressive Congress (APC) in Isolo Local Council Development Area (LCDA), Barr. Gani Bello, has reiterated that the party is proactively putting things in place to ensure 70 per cent votes and avert the reoccurrence of 2015 misfortune.

In a chat with Echonews at his residence, Bello disclosed that the party has set up committees and put in place other measures to ensure victory in the elections that start next month.

He stressed that APC’s sterling scorecards at all levels of government are enough to convince electorate to vote the party’s candidates over and over, saying the party is not resting as more efforts are being directed towards the elections.

In his words: “Victory is the party’s expectation in the coming elections. I can tell you that from the little we’ve done so far, we are still going to do more. APC will win nothing less than 70 per cent of votes in Isolo. We are going to deliver all our candidates, Mr. Babajide Sanwo-Olu and his running mate Dr. Kadiri Hamzat, Lagos West Senatorial candidate, Hon. Solomon Olamilekan, Federal House of Representatives, Hon. Ganiyu Johnson and the candidate vying for reelection at the State House of Assebmbly, Hon. Jude Idimogwu as well as the presidential candidate, Muhammadu Buhari.

“We have the achievements of our party to preach to the people. APC at the federal, state and local governments levels has done quite a lot to convince the people that they must continue to vote for APC. Right now, we’ve created about eight committees for the success of these elections and everyone has been up and doing.

“We have close to 800 canvassers and we did intensive training for all of them. Recently, we have given them techniques and I’m sure they will win more people to our sides. Canvassing is not restricted to them alone, all leaders and elders have also begun house to house campaign,” Bello explained.

However, the party chairman admitted that late preparation and in-house rancour coupled with some sinister techniques employed by the main opposition party were the major causes of the party’s lose in oshodi-Isolo LGA in 2015 but expressed confidence that such would not be repeated especially now that preparation has started early enough.

“I think late preparation and in-house crisis were the major reasons the party lost in Oshodi-Isolo during the previous general elections. We don’t have factions here in Isolo anymore, those displeased because of the congress and primaries result, Asiwaju has told them to put the results behind them and nobody is grumbling anymore.

“As of the primaries, only one person left the party and he has called to say that he is still coming back, and we told him to hold his party by the time he loses over there he’ll come back and beg. All other aspirants are working together, we are one big family now.”