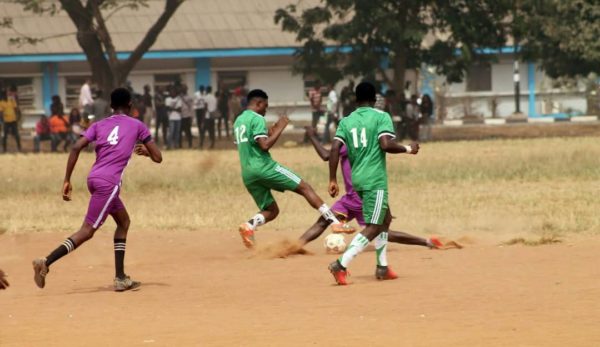 The School of Management and Business Studies (SMBS), Isolo has climbed to the summit of the Lagos State Polytechnic Students’ Union Government games after defeating it opposition, School of Communication and Liberal Studies (SCLS), Ikorodu with two to zero goals at the institution’s sports centre, Ikorodu.

The two goals in the opening half of the game were from Sheriff Akinsanya and Ogini Bright who both capped out excellent performances during the game.

All eyes were set to witness a convincing win for the SCLS team, having been tipped as favourites to win the competition but there was a quick twist in the expectations as a collapse of defensive prowess gave the SMBS team a glimpse of leverage, scoring two goals in 20 minutes, leaving the SCLS team too much to do in the second half.

All attempts by the SCLS to force an even term in the highly entertaining football match proved abortive as SMBS showcased excellent defensive play to finish the game as winner, with goalkeeper Ganiyu Kasali who now has his second consecutive clean sheet in the competition to the rescue with lots of fantastic saves.