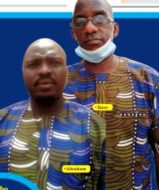 The newly rehabilitated 31 drug addicts at the Christ Against Drug Abuse Ministry (CADAM) in Araga, Epe, have narrated how they were nearly ruined by drugs.

CADAM is a faith-based drug rehabilitation Non-Governmental Organisation under the Redeemed Christian Church of God.

Taire Clark, Abraham Shallanwa and Tolulope Sobomi are some of the rehabilitated drug addicts who narrated how they ventured into the habit of taking drugs.

Taire Clark said he started with a sniff from the butt of a smoked cigarette at the age of 13 and at first, the smell was awkward to him but he later got use to the nicotine.

He soon graduated to smoking cannabis at 14 and before long, joined the league of teenagers hooked on hard drugs. For three decades, Taire wallowed in ecstasy, smoking and snorting all manners of stimulating substances until he ended up at the psychiatric hospital.

Abraham Shallanwa was introduced to hard drugs by his friends at the age of 17. Abraham said he became a shadow of himself and at the age of 35, he had dropped out of 4 universities as he engaged in various crimes to sustain his drug infected lifestyle.

Tolulope Sobomi stated that she had to turn to drug due to the constant bully she receives from her cousin as she believes taking hard drugs was the only way she could fight her way out.

Tolulope Sobomi noted that she has been to different rehabilitation centers, escaped from psychiatrist hospital until help came her way through CADAM.