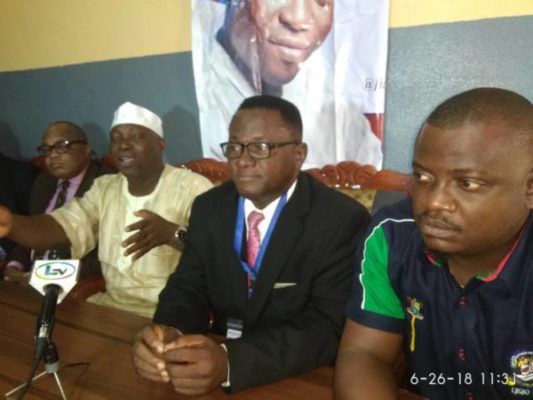 Speaking at the maiden edition of Business Summit organized by the local council, the Council Chairman, Hon. Monsurudeen Bello, informed that there was need for the summit to rub mind with the organized private sector (OPS), to develop the community for economic activities as a way to help the people of the community to grow their businesses and also to serve a source for revenue generation for the local government.

According to him, the council aimed at making sure that it acts in line with the State Government’s procedure in ensuring that the populace doesn’t only enjoy more of their day to day activities but also helping the council management in generating revenue so as to continue what was started under his administration.

He said that the initiative was also aimed at discrediting public views that local governments are visionless in terms of growing economy of their areas. 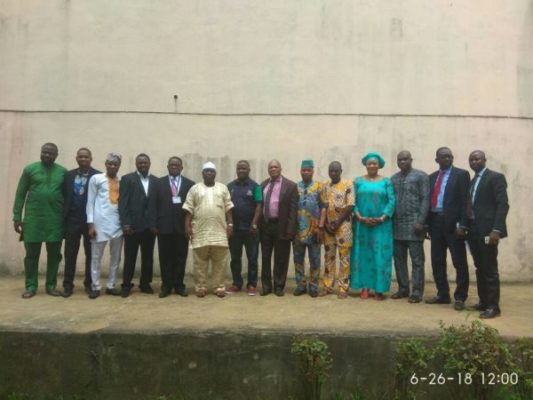 With this initiative properly executed, Bello hinted that the residents of Ejigbo would not need to go out of the community to do business rather, more outsiders would be attracted to do business in Ejigbo.

“We must be aware that our council is right in the center of Lagos State. People coming from Alimosho and Badagry would have to cross through our community in order to link with the Island and Mainland. The ongoing 10-lane project in Oshodi and the 21 newly commissioned roads in Alimosho would only bring more development to these areas and the only connectivity to such projects is here in Ejigbo.

“To this end we discovered that to give Ejigbo a face-lift and to make the governance in Ejigbo a more corporate one, there is a strong need for Ejigbo LCDA to partner with the organized private sector.

“We also discovered that the potentials of this council in terms of investments that guarantee good returns have made us understand that the linkup between our government and Ajao Estate has increased the business potentials here in Ejigbo because those who couldn’t do their businesses around that area have moved here in Ejigbo through the newly constructed road by the state government.

“Having looked at all these, we realized that the council here in Ejigbo cannot have a good result in business without involving the private sector. We decided to have this summit in drawing a modem that will embrace everyone doing businesses here in Ejigbo LCDA.

“In addition, we want to change the perception of Nigerians about local governments not having a vision. We want to showcase that even those who run the affairs at the local government level can have business ideas and can change the look of things between the twinkle of an eye.”

Bello affirmed that the Ejigbo council has deemed it fit to involve personalities around the globe who would add value to the existing projects lined up by the council such as the Chairman of the Lagos State Local Government Commission, known as Baba Rotinwa, the Local Government Commissioners in Lagos State, the Secretary to the State Government and the like to embrace the stride by Ejigbo LCDA in achieving its project.

He added that the presence of Professor Pat Utomi in particular, has facilitated the proceedings of the project.

Furthermore, the council Chairman stated that the residents of Ejigbo would be sensitized and persuaded to run the affairs of their respective businesses in community rather than moving out on a daily basis.

He said that the positives of the business summit which is to hold on July 11 would create an avenue for the people of Ejigbo to not only have a platform for their business in the community in a bigger way but also to create a sort of link to other businesses in nearby areas.

However, several factors that could hinder the execution of the scheme such as good roads, security, transportation and health were raised but Bello swiftly debunked any of the issues posing a threat to the projects, stating that there were plans set aside in curbing all those factors.

The Vice Chairman of the council, Hon. Olatunde Olusunmade, confirmed that the success of the summit would go a long way in improving the business activities within the local council area.

Olusunmade said that the residents of Ejigbo should look forward to enjoying the results of the plans, urging them to see the initiative as what would take the council to a greater height.