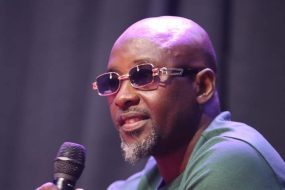 The Technical Adviser of Adamawa Queens, Coach Jacob Vandi is hopeful his side will finish strong in the NWFL Premiership 2022/2023 season and finish in a strong position.

The dark skinned coach believes that the young girls that dominate Adamawa Queens will be the much needed difference for his side this season.

Coach Jacob Vandi added that, they have worked on their mistakes during their preseason engagement and are battle ready for any team in the NWFL Premiership season.

“We have seen our mistakes during the Super 6, we have worked on it. I saw so many things in the preseason tournament, I saw how teams play and I want to let you know that we will do well in the league.

“We signed most of our players from academies and they are very young and why we did so is, we want to develop the NWFL Premiership league because of our national team. If you watch what happened in the previous World Cup, most of the teams paraded young girls, so if other teams emulate Adamawa Queens in having young players dominate their teams then automatically we are helping our national team grow.”