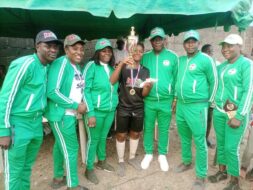 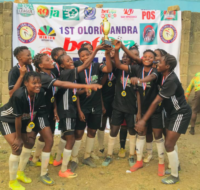 SGH Sports Academy Amazons defeated Future Stars 99 3-2 in the semi-final tie to advance to the final of the Olori Sandra Female Football Challenge. 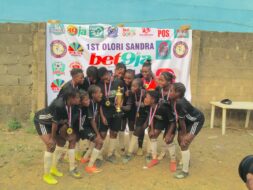 It was a very tough tie for both SGH Sports Academy Amazons and Prince Kazeem Eletu Queens as both teams played out an entertaining game in the first half.

Temitope Alayande played her heart out in the game with her exciting touches and great dribbling ability to put SGH Sports Academy Amazons in the right spot in the game.

Prince Kazeem Eletu Queens tried their best also in the game as they were equally a good side and are very dangerous on the attack.

The game showed it’s vast technical ability as it ended in a goalless draw and the game was settled through the penalty shootout to determine the winner.

Speaking with ECHONEWS, the coach of SGH Sports Academy Amazons, Coach Oluwafemi Ogungbile described how happy he was starting the new year on a good note by winning their first competition of the year as he believes his team can do better in subsequent competitions they will be participating this year.