Following the report of constant stealing of vehicle parts in Odutolu, Adedeji and Olusoji Streets, the Divisional Police Officer (DPO) of Makinde Police station, CSP Francis Ebhuoma, has mobilised the officers to patrol the community to curb the menace.

The residents of the concerned streets had reported to the police the incessant stealing going on in the community.

They complained that the robbers specialised in stealing car brain boxes, noting that many vehicles parked on the streets were tampered. 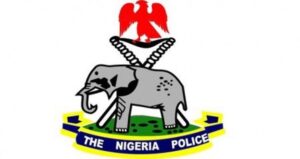 According to them, the brain boxes of about nine Toyota Corolla vehicles and a Lexus Jeep 470 parked in front of the houses were removed within the month of August.

They alleged that the robberies were carried out around 2am when the owners were asleep.

Meanwhile, the DPO said he has sent his men to the streets where the stealing took place to take necessary details for further investigations.

The chairman of Isokan Community Development Association (CDA), Mr. Kazeem Fawole confirmed that policemen have been carrying out the daily patrol as promised by the DPO.