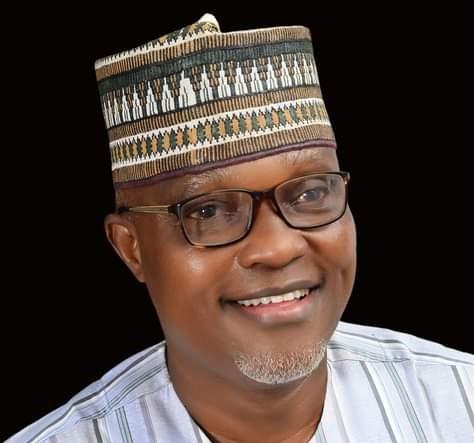 By Edith Igbokwe
The incumbent vice chairman of Oshodi-Isolo LGA who is seeking the ticket to succeed his boss in the forthcoming local government polls,  Daisi Osho, has promised to reform the local government if elected.
Osho, a town planner and architect, announced his four-year programme as acronym HERE, broke the themes down as Health, Education, Road/Infrastructure and Empowerment, emphasising on health as the major sector needing development.
According to him, the best thing any government could do for its people is to meet the need of their health challenges at the grassroots level, noting that health is wealth.
He pledged to use the professionalism to reform the sector if the people of Oshodi vote for him as the next local government chairman.
Osho said his expertise would be a great advantage for the development of the local government having also managed the portfolio of health sector in Oshodi-Isolo LGA  and served for two terms as the Executive Vice Chairman.
He also said that being born and bred at 26 Eniyanlonbinu Street precisely, he knows the real needs of his people and where and how to provide for them.
His words: “From very tender age of 12, I had the  fire in me to turn Oshodi into a better place for a living. It all started when I and my friend, Muyiwa Olabintan, went for our boys brigade fund raising for the less privileged in GRA and I saw the serene environment, trees, people and other things were well organised and I said to myself, I will turn Oshodi into GRA. That fire is what is burning in me till today and I have never contested for anything less than the chairmanship position in Oshodi-Isolo Local Government.
“My manifesto is standing on four poles with an acronym H. E. R. E. (Health, Education, Road/Infrastructure and Empowerment) which are connected to other sector.
Under health, he proposed to  re-orientate people to constantly make use of Primary Healthcare (PHC) Centers in Oshodi, make the services good and  affordable, make pharmacy available in PHCs with controlled selling price, yearly advocacy to all the health outreaches such as Oshodi, Mafoluku, Shogunle and Ewu outreach and to make sure that all the PHCs are well computerised to complement to effort of the present administration in that aspect.
For education sector, Osho promised to make sure all the 31 public primary schools are in  optimal  learning condition, get the schools engaged in competitions and revive school inter-house sports.
His plan for roads and  infrastructural development includes declaring a state of emergency to fix roads and  the drainage system.
He said he will repair all the collapsed and inverted drains after which the roads will be graded with granite stones for easy access, adding that cameras will be placed on strategic places on the streets to take care of community security in terms of monitoring foul movements.
While empowerment is seen to be a wide sector, the aspirant said he intends to use two instruments such as technology advancement and sports to empower the youths.
He said he plans to turn the community into a commercial hub, adding that his administration will also invest in the boxing, train youths to produce another great boxer like Anthony Joshua, noting that Oshodi-Isolo LGA has been producing the best boxers in the Lagos State boxing competitions.
“All these might not be fully achieved within my tenure if Oshodi people vote me in but, at least the plan is already designed and every other government project will be tailored towards the design.”
According to him, the local government already has “Oshodi Model City Plan” designed for the development of the community,  saying he only needs to get the mantle to execute the plan which he was involved in designing.
To go about the plan, he promised to use his political networks to get the state governor to start the implementation of the Model City Plan, disclosing that the Commissioner for Housing, Hon. Moruf Akinderu Fatai (MAF) has been making effort, working with other stakeholders to make sure that the designed plan is achieved.
Meanwhile, Osho urged the leadership of the All Progressives Congress (APC) party in Oshodi to properly screen all the aspirants to choose the right candidate who can bring prosperity to the lives of the citizens.