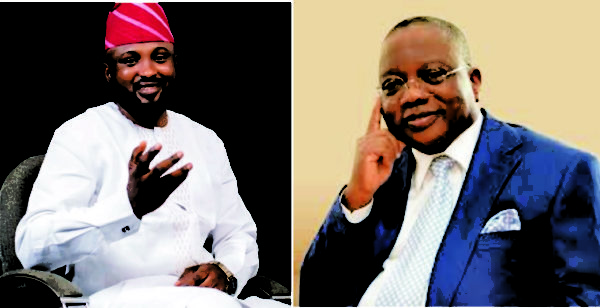 The Action Democratic Party (ADP) House of Assembly candidate under Oshodi-Isolo Constituency II, Hon. Ahmed Olajide Oseni, is facing the integrity test of all times following allegations that he collected a whopping N2million from the All Progressives Congress (APC) candidate for the House of Representatives under the same constituency, Engr. Ganiyu Johnson with the understanding that he would stay in the APC.

Oseni had contested the primaries of the APC to become the candidate for the House of Representatives for the Oshodi- Isolo constituency II but lost to Johnson with a wide margin.

His campaign was heavy on anti-corruption rhetoric urging voters not to take money from politicians to vote and setting his campaign against politicians who feed fat on the public till.

Oseni also built his campaign on his marketing skills and record of public service as an officer of the Nigeria Customs Service.

Following the outcome of the primaries, the APC appealed to the successful aspirants to mend fences with those who contested with them to dissuade them from leaving the party.

It was gathered that the directive led Engr. Ganiyu Johnson who emerged as the candidate to begin a round of consultations with stakeholders in the party to ensure that the conflicts generated by the primaries did not linger into the general elections.

Echonews learnt that the APC House of Representatives candidate also reached out to those who contested with him to form his campaign team for the elections.

One of such meetings held at 8pm on Thursday October 25, last year at a private residence in Isolo where the APC candidate and Oseni met.

At the meeting, Engr. Johnson appealed to all participants noting that his victory should not be seen as a personal matter, but the way God wanted the primaries to go.

He urged them to join hands with him to win the general elections in view of the fact that the rival Peoples Democratic Party (PDP) was currently holding the position and the need to wrestle it from the party and give it to the APC.

He said he was willing to contribute financially to offset the heavy cost of the primaries so that everyone would be committed to the victory of the party.

As gathered by Echonews, it was at this point that Oseni received the sum of N2million being the amount given by the APC candidate to offset his campaign funds and encourage him to stand by the candidate for the general polls.

However, less than two weeks later, new posters were pasted in the constituency announcing Oseni as the candidate of the Action Democratic Party (ADP) for the Lagos House of Assembly.

In an interview published by Echonews, Oseni declared that he did it to try a second choice adding that age was no longer in his favour.

His words: “If you really want to serve and you know the time to serve, what you have to do you do quick. We have aged. Don’t let us deceive ourselves. We call ourselves youths but virtually most of us are above forty years of age, our children are growing, our children are becoming youths and we still claim to be youths. If we believe in call to service why are we waiting for people to condemn us, telling us we are old people to stay aside. When you have a time frame for everything that you do, and you believe in the principles that Yoruba says “ona kan o wo oja” if really you want to go to the market and there are many roads to the market and you can prove yourself out… Even in university, there are first and second choices. You don’t have to kill yourself with first choice, there is always second choice.”

“When people want to spoil one’s name that is what they do.”