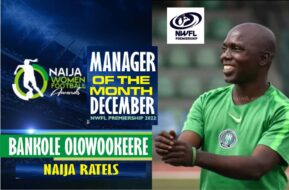 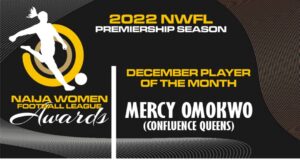 In the Manager’s category, Bankole Olowookeere edged out Liadi Bashiru of Confluence Queens and Christopher Danjuma of Nasarawa Amazons to win his first manager of the month awards. 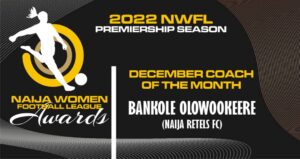 Seven points out of nine possible gave the Naija Ratels Manager the prestigious award. His team, Naija Ratels are on top of the NWFL premiership Group A table with 2 wins and a draw in the month of December.

The ‘One day at a time’ Ladies won Osun Babes 2-0 in the first game at the Area 10 Sports Complex, Abuja, before deservedly getting a point in their 2-2 draw against Edo Queens at the Samuel Ogbemudia Stadium, Benin.

They ended the month on a high with the 5-2 bashing of Adamawa Queens in Abuja.

A panel of NWFL premiership experts decided the winners of the player/manager of the month awards through a very fair voting process.

The awards will be presented to the duo on matchday five in Lokoja. 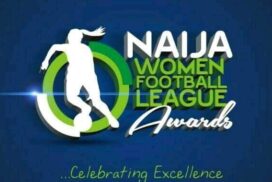 Nominees for NWFL premiership player, manager of december revealed as Lagos based coach miss out 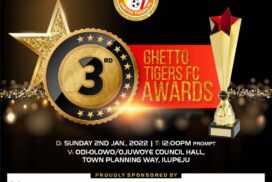 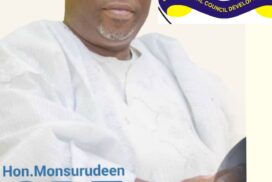