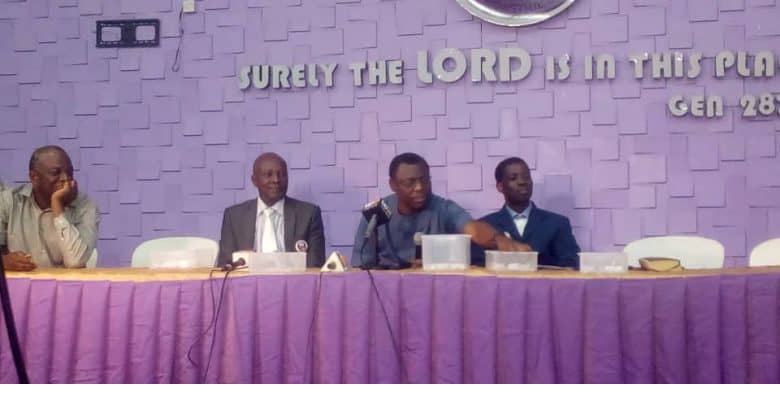 The Mountain of Fire and Miracles (MFM) Ministry Outreach, Ejigbo Zone has been shortlisted to take part at this year’s MFM National Football Competition, an organized soccer competition aimed at developing and nurturing aspiring football players in reaching stardom in the round leather game.

The Three-week competition is also aimed at discovering talents who would later feature for MFM Football Club, a Nigeria Professional Football League team.

According to the Director of Sports, MFM Worldwide, Mr. Godwin Enarkhena, the first edition of competition which dates back to 2007 is the foundation of MFM Football Club as coaches and players during the competition were recruited into the team.

Enarkhena disclosed at the draws that the winners of the maiden competition competed as a representative of Nigeria at the CAF Interclub competition.

With regards to the achievements of the competition, the 2007 winners clinched the Church World Cup, a task to be enjoyed by this year’s winners.

He further noted that he has no doubt that more talented players would be discovered as usual in the MFM Football competition, stressing that from all indications bigger talents who would rise above the levels of those of the church club’s earlier discoveries such as Ifeanyi Ifeanyi, Olatunbosun, Stephen Odey, Onuoha among others would be discovered at this year’s competition.

The 2018 edition of the competition which officially kicked-off during the weekend at the MFM Prayer City, Lagos/Ibadan Expressway comprises of 29 teams from across the country paired in seven groups at the draws held at the Elijah Hall of the MFM, Onike, Yaba Lagos.

During the draws, MFM Ejigbo got paired with MFM Mushin, MFM Ajangbadi and MFM Prayer City in Group E. MFM Ejigbo neighbours, MFM Ikotun also look to make the knockout round having been paired alongside MFM Ekiti, MFM Abuja and MFM Iba.

THE FULL DRAW OF THE MFM FOOTBALL COMPETITION 2018: