Robberysuspect remanded in prison for attempting escape from court room 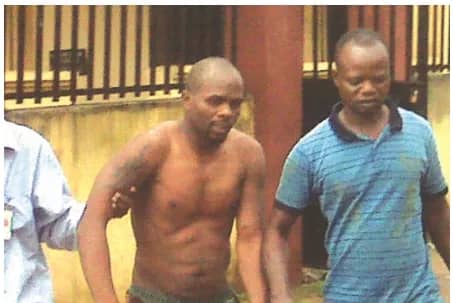 The Magistrates Court in Ejigbo today witnessed a mild drama after a suspect robber, Segun Mabaoreje, tried to force an escape out of the court room after his arrest and arraignment on account of an alleged robbery act.

Mabaoreje, facing the court proceedings presided by Mr. Kayode Layeni was on the verge of being pronounced to be remanded in prison, and on noticing that, he fled out of the court room, jumped into a canal to escape trial.

However, his attempt for an escape was cut short after some security men at the court gave him a chase and was eventually brought back to the court room.

Mabaoreje was subsequently charged for his attempt to escape as the prosecutor, Inspector G Simon prepared the charge which resulted to the suspect remanded at prison.

Magistrate Layeni countered his bail plea, adjourning the case till August 6 when he is to appear for continuation of his trial which includes his initial robbery act and his attempt for an escape.