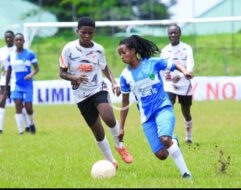 Exciting fervour and fiery passion are the dominant emotions in coach Christopher Danjuma led squad of Nasarawa Amazons FC as they set out for the quarter final match in the Besty Obaseki Women Football Tournament a preseason tournament holding in Benin, Edo state.

Nasarawa Amazons who won their both game in the group stage, beating FC Robo Queens 1 – 0 and Brave Hearts 11 – 1 in the group are currently brimming with confidence, potentially ready to upset it’s opponent in the quarter finals game.

The battle of this widely anticipated match goes beyond the technical inputs of the managers as the real gladiators are ready to thrill Benin spectators from the blast of the whistle to the end.