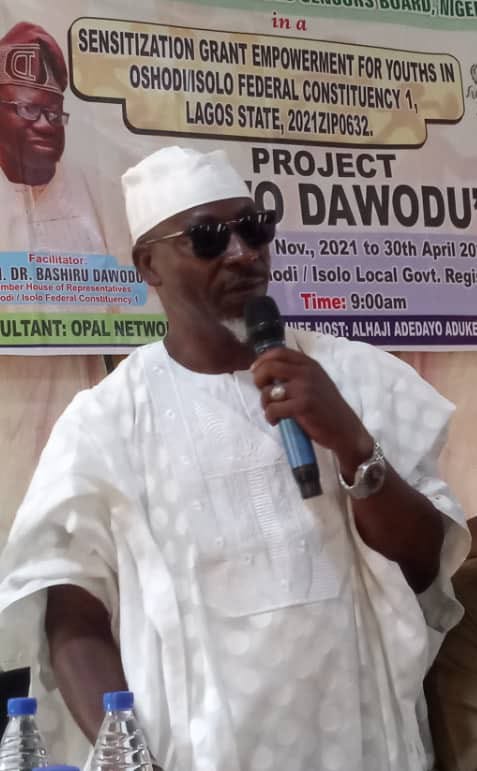 The Executive Director of National Film and Video Censor Board (NFVCB), Alhaji Adedayo Aduke-Thomas has charged political office holders in Oshodi-Isolo LG to work together for the development of the community.

In a chat with ECHONEWS, Aduke-Thomas said the politicians need to synergize and complement noting that unhealthy rivalry will set the community back.

He emphasised the need for lawmakers and the local government to channel their efforts towards the projects that would benefit majority of the residents.

While commending the efforts made so far by the politicians in the community, Aduke-Thomas said he noted that there has been cooperation between the lawmakers and the council chairman.

He also appealed to the residents to support their political office holders and be patient while expecting projects.

He urged the community leaders to properly approach the politicians with demands to develop their  communities and wait for their responses.

He expressed confidence in the new council chairman, Otunba Kehinde Oloyede, the member of the House of Representatives, Dr. Bashiru Dawodu and Member of the Lagos State House of Assembly, Hon. Hakeem Shokunle, saying they can move the community forward.