Accolades as Oluomo donates toilets to school in Oshodi-Isolo 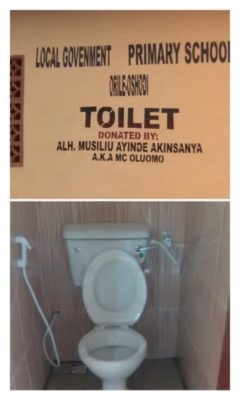 While commissioning the facility, the guest, who unveiled the project, Alhaji Badmus, promised to fund the salary of the cleaner who would be saddled with the maintenance of the toilets.

Moved by the philanthropically gesture, the legislator representing Oshodi-Isolo constituency I at the Lagos House of Assembly, Hon.Olusola Hakeem Sokunle admitted that the courage and support of the philanthropist towards the school infrastructural development was a challenge to him as he promised to emulate the good gesture. 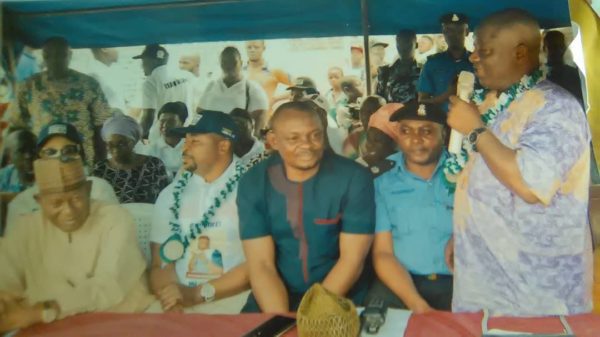 The facility was well appreciated by the Education Secretary, Local Government Education Authority (LGEA) Oshodi-Isolo, Prince (Barr.) Femi Ajibade Ogunwusi, who pledged his support at any point in time for the school, commended Oluomo for the completion of the project.

Speaking on the realization of the project, the Head Teacher, Local Government Primary School, Orile-Oshodi, Mr. Ajayi Olufemi Olayinka, explained how he consulted the stakeholders for befitting toilets in the school in replacement of the dilapidated four pit toilets in the school.

He disclosed that the school patron, Adele of Oshodi, Alhaji Chief Biliameen Akinola, mandated him to write a letter of support to Oluomo through the site engineer, Alhaji Kazeem Hassan Akinola, who is popularly known as Anobi Orile, which resulted to the building of the toilet in the school.