The Association of Waste Managers of Nigeria (AWAM) has alerted the Lagos State residents of proposed increment in the payment for the disposal of their wastes.

The Chairman of the Association, Mr. David Oriyomi, gave the hint weekend, giving the high cost of diesel as the factor causing the increase though he was mute on the percentage of the increase.

This was coming amidst the series of complaints by the customers of the waste management operators across the state, who claimed that the services of the private sector partnership (PSP) has not been worthwhile.

The residents have lamented the return of heaps of refuse on major roads and markets in the metropolis which have become a source of worry for residents on the mainland and the Island.

They complained that the refuse is left uncleaned for weeks, by the state Waste Management Authority (LAWMA) in residential areas and estates.

According to them, the mounting refuse often finds its way inside drains and waterways, while some traders and residents have resorted to dumping their refuse inside drains in most areas as the PSP operators refuse to cart away the refuse, thereby hindering the free flow of rainwater.

Also, there are questions about LAWMA sweepers, who are often seen sweeping major roads without waste bins or vehicles to convey the refuse. After sweeping, the officers often abandoned refuse and sand by the roadside or inside canals.

In some parts of the metropolis over the weekend, it was discovered that residents have resolved to either burn their wastes or dump them inside waterways whenever it rains.

Some residents said since PSP operators engaged by LAWMA no longer come to their streets to pick up refuse, they now dispose of their wastes on major roads at midnight.

In Mushin and Oshodi markets, it was discovered that some portions of the roads have been converted to a dumpsites.

A resident in Mushin, Kamoru Isaq, said before now, there were mini-trucks working with sweepers, but they have suddenly disappeared.

A trader in the market, Tunde Akinniyi complained that residents around the market dump their wastes at midnight.

On the heaps of refuse littering the market, Secretary, Ladipo Auto-Spare Parts International Market, Onyeka Igwe, said they were made to understand that LAWMA is facing challenges dumping refuse at dump sites.

“We have a way to checkmate the traders and prevent anyone from dumping their refuse inside the canal.

“When the bin collectors in Ladipo are filled up, our people will start dropping waste beside it, and we have security around the canal axis to make sure that our people don’t put the waste inside the canal.

Residents of Agege Community, Orile Agege, Gbagada Estate II, have accused the Lagos State Waste Management Authority of neglecting the waste in the area despite several calls and requests.

Gbagada is a community between Kosofe and Somolu local government areas of Lagos State.

The residents lamented that the waste agency and the contractor in charge of the area, were putting their lives at risk.

The residents alleged that LAWMA and the waste company, identified as Kent and Kelly Nigeria Limited, turned a deaf ear to their pleas despite increasing the waste collection fees recently.

The case was not different in Agege LGA, Orile Agege LCDA as waste were seen  littering the streets, signifying inefficiency of LAWMA in delivering effective services.

Our correspondent observed an army of flies in the area as a result of the accumulated waste.

Decomposing waste was also seen in front of a restaurant on Ora-Ekpen Street, and two religious centres in the area.

A mini-mart owner on Church Street, who spoke on condition of anonymity, said: “We used to pay N8,000 every two months, but they increased it recently. We went to complain that the new fee was high, but they said they would reduce it and that we should pay it for the first time. We later paid N11,000.

“They have not been here for over a month now and we have complained several times. They promised to come, but they did not come. Sometimes, they say there was no diesel or their truck was not working.”

A resident, Alimat Quadri, lamented the health risk the waste piles posed to her family while pointing to a huge waste pile in front of her house.

She said: “You can see the sight of the waste. They have not come for over a month now. Even the gutters are now filled with waste. I am afraid for my life and that of my child.”

“I hardly eat here because of the flies. I have to go back home or move away from this area to eat before I come back,” she added.

The fashion designer added that the piles of waste near her shop had affected her sales as customers became irritated whenever they came to her shop.

She said complaints made to the authorities have yielded no results.

Also, Dimeji Joseph, who lives off Osolo Way, along with the Aswani market, Isolo, advised the government to overhaul its old system of refuse collection and disposal.

“To get things back to normal, the old system should be overhauled. LAWMA should evacuate on time. Proper orientation should be done also for the citizens,” he said.

Reacting to the complaints in an interview on Friday, the AWAM Chairman, Oriyomi identified some challenges, which he said are impeding their operations.

He linked the situation to the high cost of diesel as well as queues at dumpsites.

According to him, accessibility to the dumpsites is a major challenge for operators.

He said: “During the rainy season, we usually have problems with access to the dump sites.  We are encountering queues on the sites.

“There will definitely be refused on the streets because a truck that is supposed to go two trips in a day is unable to do so in two days, whereas, it shouldn’t take a truck more than 20 minutes to discharge its contents.

“So, the spillover effect is what we are having. Except there is drastic action at the dump sites to ensure that operators are able to dump their waste on time, it will continue.

“We have complained to LAWMA about it and they are doing something about it. We hope it will be rectified.”

Meanwhile, Oriyomi hinted there would be increase in the bill payable by the residents for their waste disposal.

He said that there is nothing the association could do to avoid the increase due to the high cost of diesel.

However, some of the residents who spoke to ECHONEWS suggested that the operators should look for another dumpsites and seek government’s approval to decongest the existing ones. 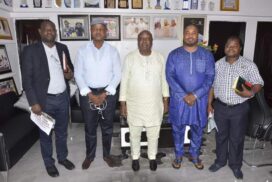 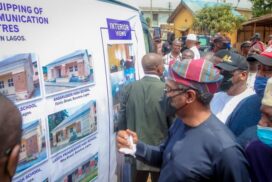 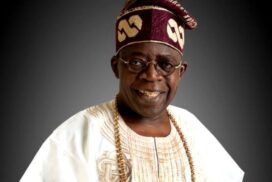 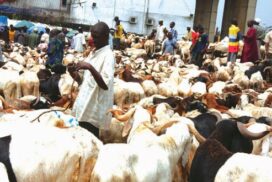