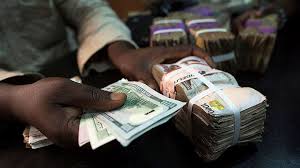 Contrary to the insinuations from various quarters across Isolo Local Council Development Area (LCAD) over the presence of ghost workers in work force of the council, the council Head of Administration, Mr. Shamsudeen Odeleye has emphatically refuted the claim of such in Isolo LCDA.

Odeleye made the clarification in a chat with Echonews, stressing that, as against what might have been observed, it’s unrealistic to have ghost workers in any local government secretariat especially with the professionalised system of administration that is being run which has consolidated the numerous check and balance measures put in place.

“There are no ghost workers in Isolo LCDA and there is nothing as such as duplication of office. What we have is a professionalised system of administration.”

Speaking further as he explained the mode of operation of the LCDA, he analysed that, “the LCDA is under the leadership of the chairman who represents the political class here. I am also a member of the executive committee which is the highest decision-making body at this level.

“I want to accept the fact that the attitudes of some of the workers to work are not okay. Some are habitual late comers, some go on AWOL for that you can say there is laxity on their parts. I once served here as the head of Human Resource; the onus was on me to ensure that workers come to work regularly which I did to the best of my ability. I can put it to you that we don’t have any record of ghost worker or office duplication here,” he concluded.

Speaking on his recent award, the Echonews Community Award Winner, said the award is a challenge to him.

Odeleye, who emerged Best Head of Administration (HOA) in Oshodi-Isolo Local Government Area, said the ecstasy derived from being recognized as the most outstanding HOA from the three council areas will definitely spur him to intensify his performance in order to merit more of greater accolades in the offing.