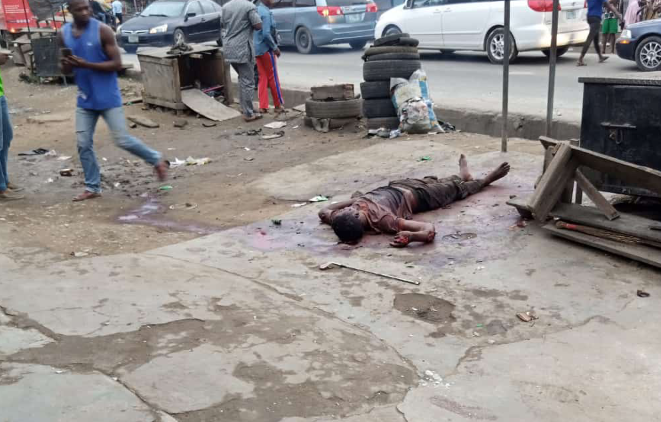 Two people have reportedly died during a cult clash in Isolo on Monday night.

The unknown cult groups renewed their rivalry last night as they went around brandishing cutlasses and other deadly weapons, holding the peace of the community into ransom.

The chaos was said to have begun at Orita Bus/Stop before spreading to other parts of the community as the residents scampered for safety while several business outlets were damaged.

The remains of one of the dead persons whose corpse was dumped at Goloba Junction of Isolo-Mushin Road have been evacuated.

The incident has paralysed business activities in the community as shops and various business outlets have been shut while people were seen scantily walking around in the community with extreme caution as at the time of filing this story on Tuesday.

Some parents also disallowed their children to go to school.

However, the community has been under heavy security watch from security operatives and the palace of the paramount ruler of Isolo Kingdom, Oba Kabiru Alani Agbabiaka is being guarded by the Police.

Below are some pictures and video: