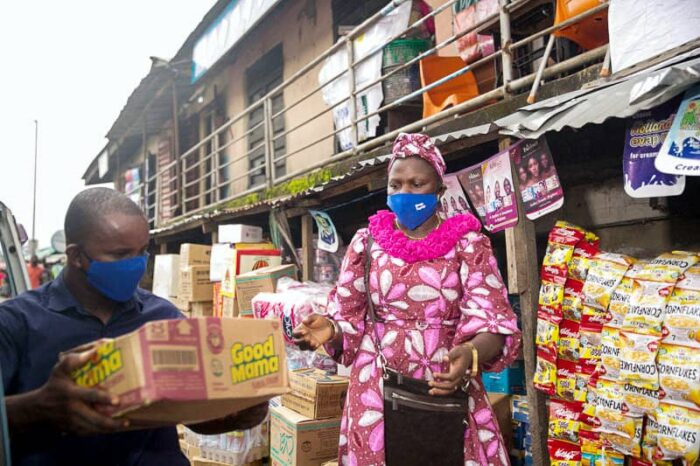 Traders and customers are lamenting the increase in the prices of foods and school items.

Many parents are struggling to get few necessary items for their children who just resumed the new school session as higher prices hinder their plans to provide for  their children’s needs.

While the customers are reluctant to pay higher prices, traders lament that they could not increase the prices even to make their own gains.

A market survey conducted by ECHONEWS in the markets across Oshodi-Isolo LG revealed that the prices of major items needed by the students have increased by more than almost 100 per cent in some instances.

For instance, a sachet of Milo, which sold at N50 had increased to N65 when the school resumed on Monday, while a school bag that was initially purchased at N1,500 is now sold at N2,900 and more that M3,000 in some places.

He explained further that a carton of Dano that was sold at N6,700 has increased to N8,900 which has automatically reduced the number of cartons he ordered.

He said many of the traders were forced to sell at the same rate they bought the goods due to the persistent complaints from their customers.

He added that some of them have also been forced to sell pieces instead of the wholesale they normally sold, saying refusal to sell pieces would result to long stay of goods in store.

Also commenting on the current market situation, Mrs Elizabeth Austin, a school bag trader, disclosed that children’s school bags earlier sold at the rate of N1,500 are now sold at about N3,000.

She noted that although the hike in prices had begun since the inception of the pandemic, the prices have kept increasing.

She noted that the sales have drastically reduced this new school session.

Mrs Rita Emanuel, a second-hand shoe store owner in her own perspective stated that most buyers were consistent in pricing school shoes and later end up not purchasing any while claiming they will polish existing children shoes since they can not afford to buy for a child without buying for others as it will cause jealousy and enmity among their kids.

Mrs Omolola Shittu, a parent told ECHONEWS that the economic situation has affected the purchasing power of many people.

She said despite increase in the prices of goods, there has not been any increment in the salaries of many workers.