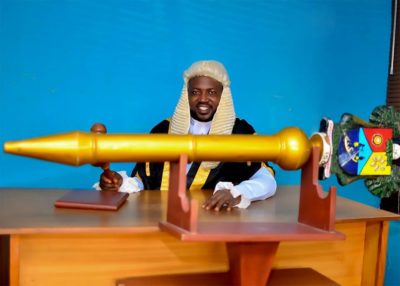 Against the widely belief that there is crisis in All Progressives Congress (APC) party in Isolo Local Council Development Area (LCDA), which has been affecting the progress of the party within the community, the leader of the councilors of the local council, Hon. Remy Shittu Remy, has debunked the belief, saying there is no crisis in the party.

While speaking with Echonews, Remy said that the challenge with the party was based on the greediness of some stakeholders who did not want others to benefit from the party after getting their own goodies.

According to him, some stakeholders believed that they should always be the only one at the helms of affairs without considering other people.

Reminiscing on the fracas that broke out during the last ward congress, Remy said he didn’t believe that it was caused by any internal crisis in the party, claiming that the party leaders had already called all the stakeholders to harmonize the various interests to make a synergy.

He said that if anybody claimed that there was disharmony in the party because they were not duly informed or carried along, such a person must be an ingrate as every group was fully carried along prior to the congress by the party leaders.

While asked about the challenges the proliferation of caucuses could cause the party in the 2019 general elections, the council leader said there are only two causes – The Mandate and Justice Forum, stating that all other causes fall under one of the two major ones.

He further explained that all members have been admonished to to see themselves as belonging to just only one party, which is APC irrespective of their caucuses and as such, adhere to the mandate and decision of the party.

On how the party lost House of Assembly seats to PDP in Isolo during general elections in 2015, which was believed to be due to the internal crisis within the party, again, Remy said it was not due to any crisis in APC rather, it was due to some other factors such as federal government influence and the issue of non-indigenes who did not vote for the Yoruba candidates that APC presented.

He however believed that the non-indigenes issue had been corrected during the local government election.

He added that the non-indigenes have also learned their lessons from the negative attitudes of those they voted for in 2015, and that they have now given their total support to APC.

With this, Remy assured that APC would win all elections in Isolo during the 2019 general election.

Particularly, he maintained that the party is sure to regain the positions he lost to the opposition party in 2019.

Speaking on the candidacy of the Lagos State Commissioner for Information and Strategy, Hon. Kehinde Bamigbetan running for the House of Representatives in 2019, representing Oshodi-Isolo constituency II, the councilor said Bamigbetan is one of the strong contenders, who could make APC proud in 2019.

He however said that other contestants are also good in their various capacities, saying anyone who wins the primary should be supported by others.

Meanwhile, Remy appealed to all party members to see themselves as members of APC but not as members of any caucus, and that they should always take and abide by whatever decision reached by the leaders of the party.

He said this is the way the party could be Progressive and move forward.