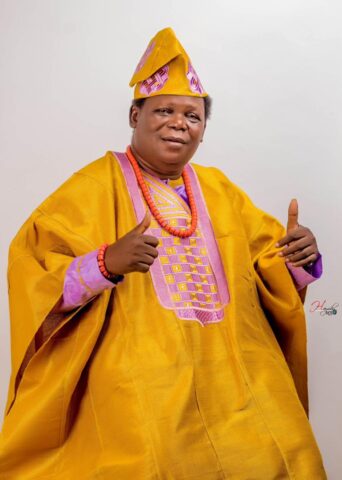 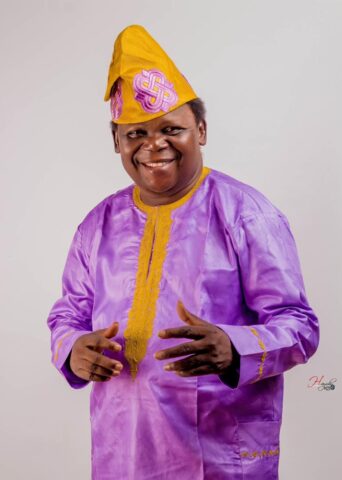 Hon. Remi Gbadegeshin was born into the Gbadegeshin clan on the 14th day of July, 1961. His mum otherwise popularly known as Mama Onikoko (A pap trader in the early 70s/80s) adore him so much for his disposition/child and mother relationship they both enjoy. He’s a native of Fiditi, AFIJIO Local Govt, Oyo State, Southwestern Nigeria. 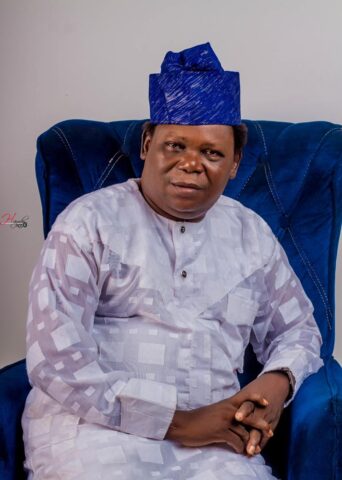 His voyage into politics began as an adolescent when he joined the UPN at the Ward level, and that was towards his final year at Fiditi Grammar school, Oyo State in 1978.

On account of his curiosity, steadfastness and passion for politics, he became the Zonal Secretary of the party (UPN) at the epicenter of Fiditi Town (popularly known as Balogun Jafu, AFIJIO Local Govt Area).

He later became the Youths Coordinator, UPN – Fiditi; and on this note, “I was appointed to coordinate the entire youths across Secondary schools on the aspiration of Hon. Barrister Adeshokan who eventually emerged the winner of Oyo State House of Assembly, AFIJIO Local Govt constituency under the flagship of UPN, and later became the deputy speaker in the hallowed chamber under the governorship of late Bola Ige during the Second Republic, 1979-1981 to be precised,” (his words).

He continued, “Shortly after the general Ibrahim Badamosi Babangida Military coup d’etat that ousted Buari/Idiagbon’s regime in 1985, I joined Lagos politics under the auspices of SDP, and swiftly pitched my tent with Chief Taiwo whom I presumed has the political acumen to guide me through. As at that time, Otedola was the governor of Lagos State under the auspices of NRC; Ejigbo was under Mushin Local Govt Area whilst Adegboyega was the 1st executive chairman, Oshodi-Isolo LGA. Baba Taiwo is alive today; he’s my political god-father and can bear me witness.

“In 1992, I was a full fledged member of Hope ’92 for MKO’s aspiration for president of the federal republic of Nigeria. And after the defunct NRC, SDP, I actively engaged in the zero party system introduced by General Sunny Abacha in 1996; a quest which eventually led to the emergence of Mr Wahab Sodiq (popularly known as Deske) as the chairman, Oshodi-Isolo LGA, whilst Dr. Olusunmade was the counsellor representing Ward F5 (Ejigbo).

“Afterwards, there was a creation of 5 Abacha Parties: DPN, UNCP, NCPN, GDM and CNC. As at that time, I was a co-pioneer of NCPN, Oshodi-Isolo LGA but later defected to UNCP and became a Political Assistant to Pa. Kasunmu; now our APC chairman, Ejigbo LCDA. He contested for the Lagos State House of Assembly, Oshodi-Isolo constituency 2 and won gallantly, sworn in, but unfortunately was later truncated in 1998 after the demise of General Sunny Abacha who was the head of state.

“I also recall, in 1998 there was a creation of APP which later metamorphosed to PDP under the auspices of NADECO movement, and afterwards there came AD under the consensus of Afenifere sociocultural organization stakeholders. All the manifestos that constituted these aforementioned parties were written by late Chief Bola Ige.

“In the same vein, in 1999, towards the rebirth of our democracy, I was part and parcel of Chief Taiwo’s logistics facilitation in Oshodi-Isolo which eventually ushered Hon. Senator Bola Hammed Tinubu’s success in the gubernatorial polls.

“As touching the creation of Ejigbo LCDA, the narrative is not complete without mentioning the like of, 1st of all, HRM, Oba Adekunle Moruf Ojoola, the Ojon of Ejigbo and Ijon Land (Kabiyesi oo!), Pa Onadeko (JP) otherwise known as Double Chief, my humble self and a host of others.

“On this note, a committee for the actualisation of Ejigbo LCDA was set up, HRM was the chairman whilst I was the Secretary to that effect. Afterwards, an article of referendum was written, co-signed and submitted to the committee for Lagos State LCDAs formation headed by Alhaji Raheem Owokoniran (formal commissioner for Housing under Tinubu’s dispensation). And as fate would have it, our referendum was granted and approved amongst the 37 LCDAs currently operating in Lagos State.

“What vast majority of people don’t realize is that a power that will withstand the test of time is not given voluntarily. No pain, no gain! I have paid my dues.

“Furthermore, I would like to attest to the innovations we set on tracks to move our LCDA forward coupled with the good relationship we (kok, Obe and myself) enjoyed during Hon. kehinde Bamigbetan’s led administration as our chairman between 2008 and 2014. Hon. Monsuru Bello Obe was the vice chairman and I was the supervisor for Agric., Rural and Culture/Youths and Sports in the first quarter and later became the SLG from the last quarter – all through the 2nd quarter that lasted till 2014.

“My profound appreciation goes to Hon. Kehinde Bamigbetan (former SA, Commissioner and LCDA Chairman) not only for blazing the trail, but also the opportunity given to explore potentials. In the same vein, kudos to Hon. Monsuru Bello Obe for consolidating on the good legacies, even beyond the perceived expectations. We are proud of you!”

“On a final note, in 2015, fortune smiled on me, I became the deputy E.S., Ejigbo LCDA under the leadership of Hon. Jayie Alabi (Late). May his soul rest in peace. And today, to the glory of God, I’m the Party Secretary, EJIGBO LCDA.

“Today as I add yet another year to my age, my joy knows no bound and I want to appreciate all those whom God has used (and still using) to midwife my achievements in life. The like of Hon. Jayeola Ajata, Chief Taiwo, Pa Ajomale, Pa Odunmbaku (aka, Baba Eto), Hon. kehinde Bamigbetan, and lastly; Egun nla nii ke yin igbale. (Yoruba adage) HRM, Oba Moroof Adisa Adekunle Ojoola, Ojon of Ejigbo and Ijon Land, Lagos. And particularly, Senator Bola Hammed Tinubu (Jagaban of our time!).”

Long live in good health, happiness and success in all your endeavors in life.
Many glorious and fruitful returns of this special day a legend was born.

Happy birthday to you Sir!