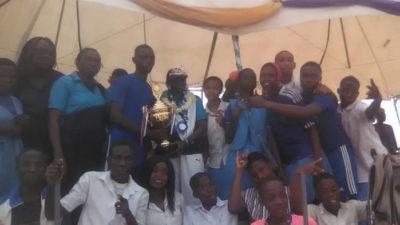 Stakeholders in education sector have given kudos to Oshodi Comprehensive Senior High School for blending sports activities with academics for the development of the students.

This came as the school marked its 12th annual inter-house sports festival in the school compound recently.

According to the school management, this was in fulfillment of all round development of children in terms of social interactions, good relationship to complement the psychomotor aspect of their learning.

The school Principal, Mrs. A. O. Sonola, who explained the purpose of the competition, pointed out that it was a way of discovering talents and carefully nurturing the students to become great in their chosen careers. 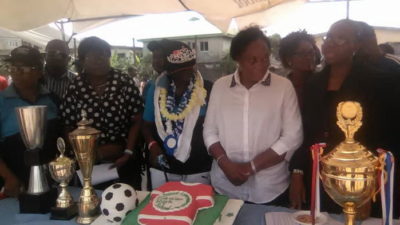 Sonola appreciated the guests for honouring the invitation and the support of the sponsors who made the day a huge success.

Red House was second in that aspect, followed by Green House while Yellow came  forth.

Speaking on the event, the Chairperson of the Day, Mrs. M. R. Fowowe, encouraged the efforts put together to actualize the goals, while advising the athletes to use their skills to the glory of God and benefits of mankind.

She promised the school a new trophy as a gift coming in next few days.

The president of Old Students’ Association 1986 set to 2001, Amzat Ganiu, said he was happy to give back to his alma mater. He advised the school students to build on the foundation laid by their predecessors as it would lead them to success.

The Vice Principal Administration who was also the Chairman Sport Committee appreciated the old students’ support and also commended the effort of the students.

The event was honoured by education dignitaries ranging from directors, deputy directors, zonal directors, parents, old students among others.

The Tutor General Permanent Secretary Education District VI, Mrs.Fumilayo Onadipe was well represented by the Director Co-curricula Science and Technology, Mrs. Adigun who brought words of support and encouragement to the school principal and the school at large.