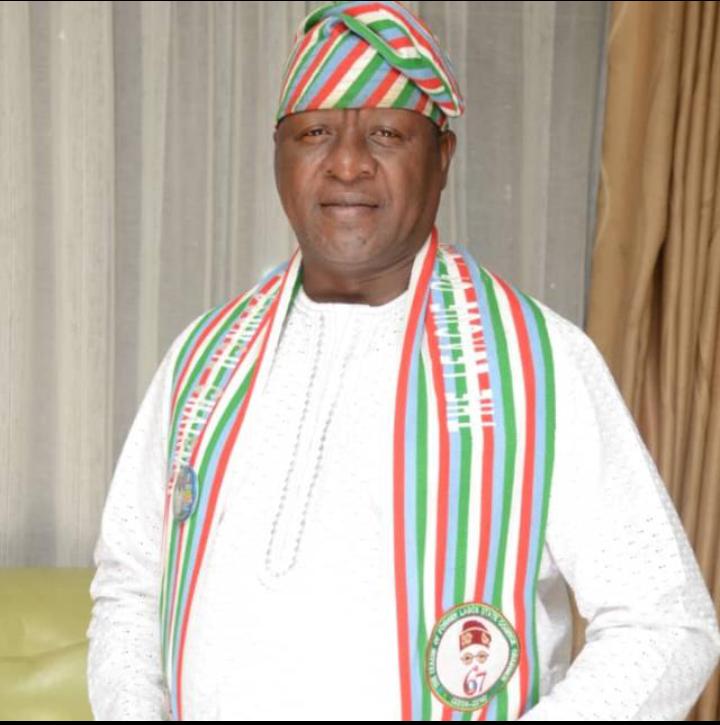 The just-concluded presidential primaries of the Peoples Democratic Party has, undoubtedly, thrown a challenge at the ruling All Progress Congress as it gets ready for its primaries on June 6 and 7, this year.

The fundamental shift in the organisation of the primaries is the massive reduction in the number of delegates due to the removal of the provisions relating to statutory delegates.
In the case of the PDP, which adopted one adhoc delegate per local government, the restriction to elected delegates cut the number from over 5,000 to 767.

The APC’s adoption of three delegates per local government area will produce about 2,322 delegates. In view of the fact that the delegates were elected more thank a week ago, it is important to make available the list of delegates to all aspirants without further delay.

The delay in releasing the list could ruin the chances of several aspirants. For instance, a PDP presidential aspirant, A. Nwachukwu told a bewildered audience last Saturday that he couldn’t talk to the delegates because he got the list two days to the primaries. Consequently, he withdrew from the race.

The choice of the venue, Moshood Abiola Stadium was equally strategic because it provided enough space for all the participants. The stage was specially built at a vantage location for easy viewing of the processes of the election through the various television networks for viewers at home and those at the scene.

A very elaborate decoration of the venue and appropriate signposts to lead participants to where State delegations were expected to sit were provided in a manner depicting the savvy of the organisers.

If APC will still use the Eagle Square, Abuja, it is important to provide better ambience than what the PDP did. The event will be live. Clarity of demarcated space and signs will help the viewers and participants perceive the organisation that will go into the management of space. The deliberate use of colours of the party is critical to perception.

The compere team at the PDP primaries ensured the event flow from arrival of party leaders to the adjournment was smooth enabling Nigerians to watch the transparent process through which former Vice President Atiku Abubakar emerged as the flagbearer.

In terms of perception and branding, the PDP lived up to its “democratic” name. This already launched its presidential campaign as a party whose primaries resonated and consolidated its name through its conduct.

APC must take serious these issues as it puts together its primaries in the next five days. Its primaries must also ramify its “progressive” nomenclature and demonstrate that it would not allow anachronistic under-the-table malpractices to undermine the goodwill it is courting with the Nigerian voters.

APC must recognise the fact that the “republicans”, children born in 1999 when the current civil dispensation began are now of voting age and are watching which party to support.
APC must note the much publicised fact that youths below age 30 now constitute over 60 percent of our population, have grown up at a time of unprecedented freedom in which every individual now own his or her own medium and very independent-minded in reasoning and judging persons and parties.

To appeal to this new generation of voters, the Presidential primaries cannot afford any rigmarole or further false starts.

The thinking out there is that the APC postponed its primaries to set up the PDP and use the outcome of PDP primaries to guide its own choice of flagbearer.

It is difficult to dismiss such a conjecture. Recall that the APC had given the impression that it had zoned its presidential candidate to the South until the PDP relaxed its own conventional zoning policy. In what still confounds party members and players, the chairman of the APC, Senator Abu Adamu suddenly announced that it was a wrong assumption. To rub it in, the field of presidential aspirants fully occupied by southerners got a Northen joiner in the person of Senate President Lawan, the same distinguished Senator who had praised the frontline presidential contender Asiwaju Bola Tinubu to high heavens when he engaged the senators.

These two incidents, if not reviewed by the APC to develop a unilateral strategy, may become a book to hook the line of thought at the party’s secretariat: to know the next move of the APC, check the current move of the PDP!
Indeed, the challenge of unilateral strategy is so bad that, even in sourcing presidential aspirants, agent provocateurs in the APC power game, have taken the reckless route of the Mihetti Allah, an assembly of cattle traders, to invite former president Goodluck Jonathan, a sitting member of the PDP Board of Trustees, to vie to fly its flag.

In these circumstances, the Senator Adamu-led APC must see the bigger picture that the presidential primaries represent. It is a crucial opportunity to.market the party, its presidential assets and transparent process to the critical electorate, including the new “republicans”.

Any hint of an ignoble intention to make the primaries look like a witch hunt of a particular aspirant will amount to self-immolation and mutual destruction of a golden opportunity to show that the party can still give hope to the hopeless and that it still has what it takes to make change happen.

To achieve the objectives, it must avoid further postponements of the schedule of activities in its presidential primaries.

For instance, the plan to screen presidential candidates Monday May 30, this year must be followed through. The list of successful aspirants must be released no longer than 24 hours and each provided with the list of delegates to have enough time to mobilise them.

Considering that the primaries was initially billed to hold this weekend, we can assume that the contracts- public address, publicity, stage and overall ambience- have been issued.

Management of the outdoor environment for display by each aspirant must be regulated by a set of guidelines from the National Publicity Secretary to ease planning and ensure that the aesthetics is in tune with the objective of projecting the progressive character of the party. It is important to issue such guidelines to aspirants early to make plans for

The APC is no stranger to organising events. Its convention, held earlier this year, was a remarkable success. However, the beauty of the PDP primaries means it must up its game and separate the men from the boys.
The republicans are watching.