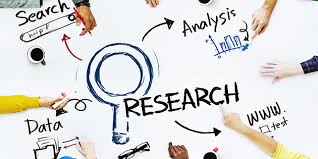 Unless the federal, state and local governments partner to invest more funds to empower youths in Ejigbo with skills, there is danger of increasing diversion to drug abuse and crime.

This was the red alert from a research organisation, Education for All Organisation which released the findings of its recent investigation.

According to the non-governmental body, no fewer than 65 per cent of the youths within the age bracket of 18-45 years living in Ejigbo Local Council Development Area (LCDA) are under-employed.

This means they are doing jobs below their qualifications such as a National Diploma (ND) holder working as a petrol station attendant.

The outcome of the research which was carried out between October 14, 2018 and June 6, 2019 released to ECHONEWS also indicated that 2% of parents are gainfully employed in government and private establishments including Ejigbo LCDA, public and private schools, health centres and banks respectively; 4 percent of the residents are gainfully employed in retail  establishments such as NNPC, Restaurants, Bet Shops such as Bet9ja, Baba Ijebu, Nairabet including Delivery services, Hotels, Pharmaceuticals, while 6 percent are self-employed, leveraging on their skills and training as a means of income.

The estimated population of Ejigbo LCDA is put at 537,624 which comprise singles, married, children, teenagers, adolescents and the aged.

According to the research and the EU report on Out of School Children in Oshodi-Isolo as at November 16, 2018 and the data by the National Bureau of Statistics released on May 18, 2019, there is increase in the rate of out of school children in the country.

The convener of the organisation, Ayanbajo Ibidapo, who led the research work, said the findings showed that a larger number of vibrant youths and young adults are at home during the productive hours of the day with the exception of Tricycle riders known as Keke Marwa, Motorcycle (Okada), Mini Bus operators and the petty shop traders as well as the traders at Iyana Ejigbo Market, Oboye Market, Ejigbo Bus Stop Market and Agekeegbapeju Markets respectively.

The report identified the influx of migrants from neighbouring communities into Ejigbo as a source of severe pressure on the infrastructure being provided by the current administration led by Hon. Monsuru Obe.

Lamenting the poverty trap caused by few industries, the report noted that “In Ejigbo community we have low or no presence of industries that can mop-up the available and surplus manpower which will automatically employ and empower the residents and enhance their capacities to not only send their children to school but also shoulder the financial responsibilities that come with it, with the increasing demands of the pupils’ and students’ academic needs. These are some of the reasons why a larger percentage of parents in Ejigbo community are struggling to send their wards to the private schools.”

Speaking further, Ibidapo said most petty traders are facing tough time as they currently experience low patronage due to economic situation in the country.

Speaking on the research methodology used in gathering the data, Ibidapo said a total of 350 questionnaires were distributed across the in various locations such as Jakande, NNPC, Ilamoshe, Ifoshi, Ailegun, Fadu and Aigbaka, while oral interview was also used to gather direct information from the respondents.