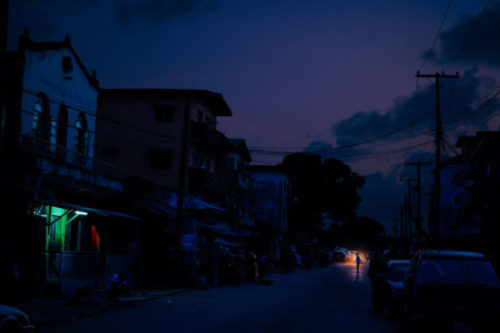 The street of the Osolo of Isolo, HRH, Oba Kabiru Agbabiaka, Akinbaye Street and other four streets in the community have been subjected to total darkness for eight months as residents and stakeholders of the Community Development Association (CDA) cried out to Ikeja Electricity Distribution Company (IKEDC) to immediately look into the situation and reverse it as a matter of urgency.

The blackout threatens to dampen the gaiety expected to herald the 15th anniversary of the coronation of the Osolo, Oba Kabiru Agbabiaka who is the secretary of the Lagos State Council of Traditional rulers.

The blackout which is as a result of the spoilt transformer since November 17, 2018  said to have paralysed business activities and made many residents relocate to neighboring communities.

According to the Public Relations Officer (PRO) of the CDA, Mr. Jelil Sulaimon Cameroon, the permanent power outage has been affecting the community which comprises five streets including the street of the Osolo of Isolo.

He explained that despite the fact that each house in the community was billed to contribute N18, 000 as advised by the IKEDC for the replacement of the faulty transformer, the company has refused to attend to them.

He therefore appealed to the officials of the distribution company to look into the issue and return their transformer.

“We’ve taken several steps to fast-track the return of the transformer to the community but IKEDC hasn’t been helpful with this process. Even after our monarch, the Osolo of Isolo had intervened and we were compelled to pay N18, 000 per each house, we’ve not heard from them. 65 per cent of the residents have contributed this money even before Ramadan but we’ve not heard anything from them”, he explained.

The Secretary of the association, Mrs. Bukola Asalejo also appealed to IKEDC to consider their plight.

She said: “Business activities in the community have been boring due to the black out. Living in darkness is like leaving in the first World, in the village when there was no civilization. People have been relocating to neighbouring communities but, many of us can’t afford to relocate. We are appealing to them to at least consider our Monarch, the Osolo of Isolo, HRM, Oba Kabiru Agbabiaka whose palace has been in darkness.”